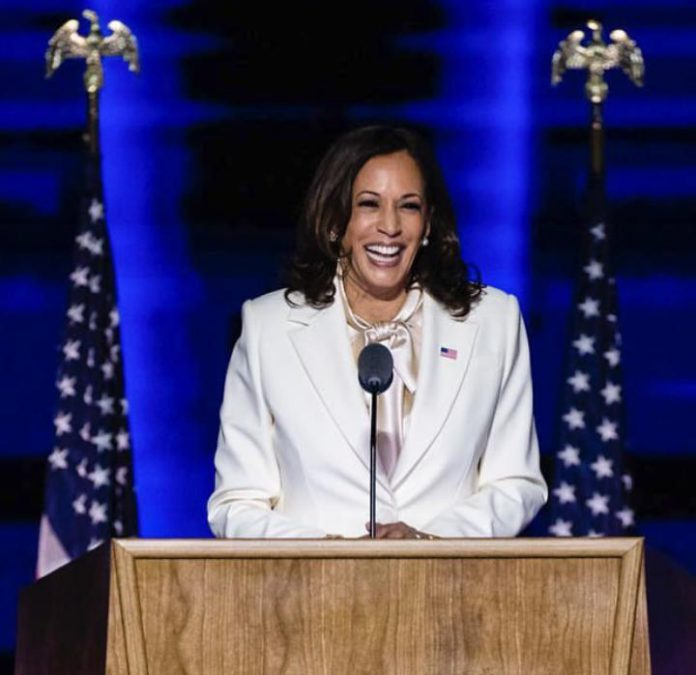 The newly elected vice president, Harris is said to have a track record of shattering glass ceilings. She served as San Francisco’s first female district attorney and was California’s first woman of color to be elected attorney general.

Harris, who is a US Senator from California and the Senate’s only Black woman, emerged this year as a leading voice on racial justice and police reform after Minneapolis police killed African-American man George Floyd in May. She marched with protesters on the streets of Washington and won over some liberal skeptics.

Harris, 56, whose mother and father emigrated from India and Jamaica, respectively, had her sights set on becoming the first woman U.S. president when she competed against Biden and others for their party’s 2020 nomination.

She, however, dropped out of the race last December after a campaign hurt by her wavering views on healthcare and indecision about embracing her past as a prosecutor.

Biden looked beyond some of the harsh words Harris had for him in that campaign to name her his running mate in August. She has proven to be a valuable and polished stand-in, appealing especially to women, progressives and voters of color, all critical to the party’s election hopes.

“Joe and I were raised in a very similar way,” Harris said of Biden at her October debate against Vice President Mike Pence. “We were raised with values that are about hard work, about the value and the dignity of public service, and about the importance of fighting for the dignity of all people.”

Asked on “60 Minutes” last month why, given Biden’s age, he believed Harris would be ready to step into the presidency if something happened to him, the presidential candidate rapidly fired off five reasons.

“Number one, her values. Number two, she is smart as a devil, and number three, she has a backbone like a ramrod. Number four, she is really principled. And number five, she has had significant experience in the largest state in the Union in running the justice department that’s only second in size to the United States Justice Department. And obviously, I hope that never becomes a question,” he explained.

It was gathered that she was able to reassure the party members that she would make a trustworthy partner.

Dome Kwabenya seat likely to fall to NDC in the event...

Days of Global Freeriding at America’s Expense are Over, says Trump