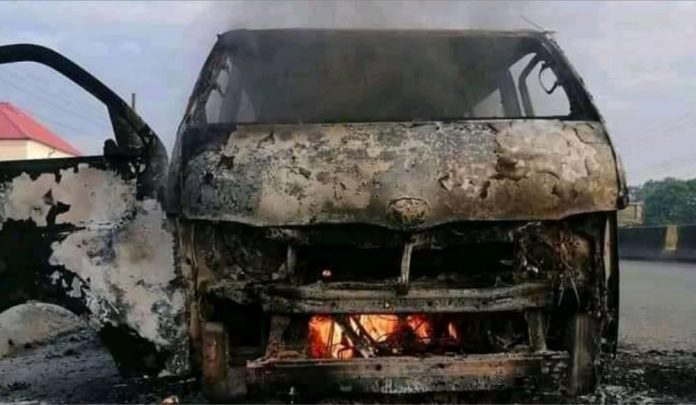 The Kano State Fire Service has stated that three people have been confirmed dead, while 15 others were injured in an auto crash.

The spokesperson of the department, Saminu Abdullahi, said the incident happened on Saturday afternoon, August 27.

“We received an emergency from our station at Takai at about 01:14 p.m. from one Muhammad Adamu, that a Hummer bus had been engulfed by fire.

“On receiving the information, we quickly sent out our rescue team to the scene at about 01:18p.m to put out the fire.

“On arrival, we found out that it was a commercial (Hummer bus) conveying 15 people, without registration number, coming from Kano.

”It had a head-on collision with a Toyota Hilux conveying three persons coming from Jigawa, with registration number JMK 142 XA.”

He disclosed that out of the 18 people involved, 15 people were rescued alive sustaining minor injuries, while three out of the passengers from the hummer bus were rescued unconscious.

He explained that the cause of the incident was dangerous driving, urging motorists to always drive with caution to avoid unforeseen circumstances.