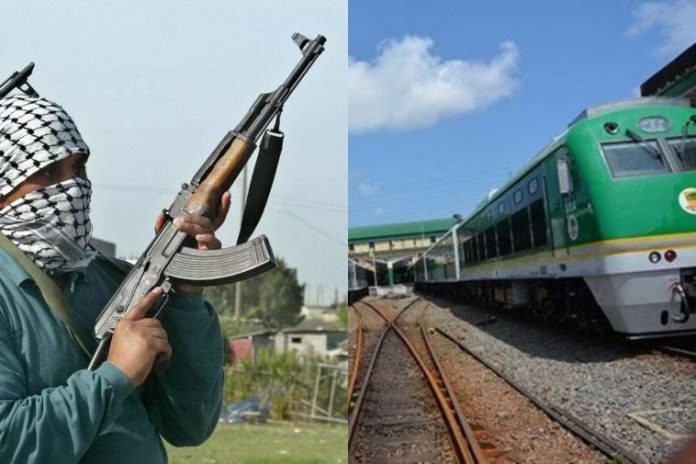 Gunmen have allegedly detonated explosives on the Abuja-Kaduna rail line on Monday evening and opened fire on the train which had hundreds of passengers on board.

According to some passengers on board the attack occurred between Katari and Rijana in Kaduna State.

It was gathered that men of the Nigerian Army intervened and prevented the attackers from taking away the passegers, though details about the incident were sketchy on Monday evening.

An official of the Nigerian Railway Corporation said, “It was continuous gunshot and this made the train to stop. There are also reports of explosives detonated on the train line, but this information has to be verified.”

Meanwhile, the Kaduna State Government has confirmed attack by the terrorists.

The state Commissioner for Internal Security and Home Affairs, Samuel Aruwan, disclosed that the military had secured the train trapped by the hoodlums.

“The Kaduna State Government received multiple reports of an attack on the Abuja-Kaduna train service at around Kateri-Rijana general areas.

“Relevant action agencies were urgently contacted, and robust deployments of personnel were swiftly made to the area to secure the passengers on board.

“Efforts are ongoing to convey the passengers from the location and others that sustained injuries have been rushed to hospitals for urgent medical attention.

“The government of Kaduna State will be liaising with the Nigerian Railway Corporation to ascertain the list from the passengers’ manifest for efficient tracking.

“This is to acquire an accurate inventory of all passengers and their actual status.”

Maimane apologises to Brett Herron for calling him ‘a corrupt racist...