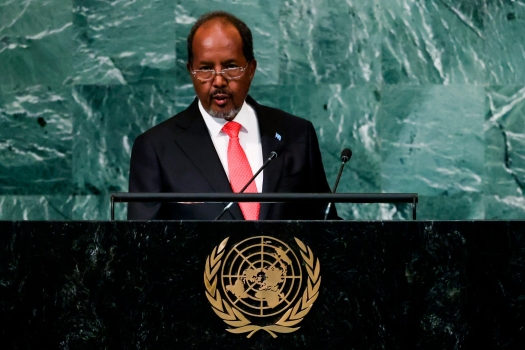 Suicide bombing by militants, which is said to be linked to al-Qaida killed at least 11 people at a Somali army training camp.

According to army officer Jama Hassan, who gave the death toll, the blast at the facility in Mogadishu on Sunday occurred during the recruitment of new troops. He added that 18 people were wounded.

Al-Shabab, the Islamist group that’s been fighting Somalia’s government for the past decade, took responsibility for the bombing, according to Radio Andalus, a broadcaster that supports its goals.

The attack comes as Somalia’s government under President Hassan Sheikh Mohamud steps up its fight against the militants in the center and south of the Horn of Africa nation that’s been ravaged by decades of conflict.

Chad: Over 300 killed in communal violence since January