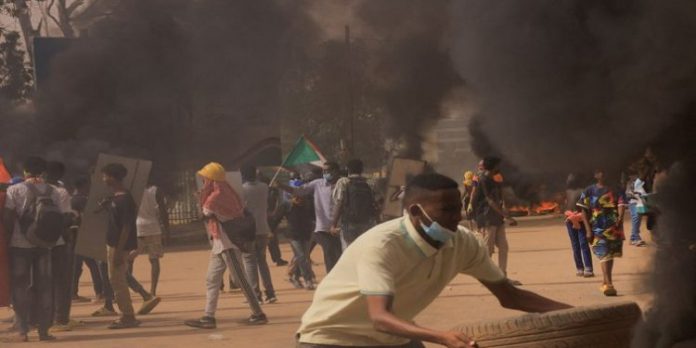 Sudan rebel group operating from Nuba Mountains has handed over nine prisoners of war to Khartoum authorities on Thursday following South Sudan’s mediation, potentially increasing the chances for the two sides to reach a final and permanent accord.

The nine men who have been in the captivity of Sudan People’s Liberation Movement North (SPLM-N) were handed over to Sudan’s ambassador in South Sudan, Jamal Malik, in South Sudan’s capital Juba.

It was gathered that they were captured last month after “heavy battles” in Sudan’s South Kordofan province, and were being released on humanitarian grounds to return to their families, Amar Amon, the SPLM-N secretary general stated during a nm news conference in Juba.

Sudan’s ambassador, Jamal Malik, told the news conference Khartoum welcomed the handover of the prisoners, although he said they were not members of Sudan’s armed forces.

Meanwhile, in recent years Sudan’s government has been making efforts to reach accords with rebel groups across the country and end decades of conflicts that displaced millions of people killed hundreds of thousands.

Some rebels from the country’s south and from the troubled western region of Darfur have already signed agreements to cease hostilities.

According to reports, a faction of SPLM-N led by Abdelaziz al-Hilu who has control over significant forces and territory from his stronghold in South Kordofan has held out.

Nigeria is in the process of collapsing – Jega