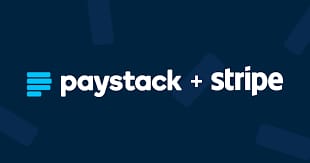 Stripe, an American financial services and software company announced its purchase of Nigeria’s Paystack in deal that amounted to be about $200 million.

This announcement was made via the company’s website with the explanation that the African internet economy was expanding quickly, with online commerce in the region growing at 21 per cent year-over-year, which was said to be 75 per cent faster than the global average.

“Today, more than 60,000 businesses in Nigeria and Ghana use Paystack to securely collect online and offline payments, launch new business models, and deepen customer relationships. Incredibly, Paystack already processes more than half of all online transactions in Nigeria. Paystack has ambitious plans to expand across the continent and recently started a pilot with businesses in South Africa.

“Stripe and Paystack have been working closely together for some time. In 2018, Stripe led Paystack’s Series A financing round and has provided ongoing guidance as the company rapidly scaled,” Stripe stated.

Stripe disclosed that it entered into an agreement to acquire Paystack, the Lagos-based technology company, with the main aim of increasing Africa’s online Gross Domestic Product (GDP).

The acquisition is however, subject to standard closing conditions, including regulatory approvals.
Stripe’s co-founder and CEO, Patrick Collison, explained, “In absolute numbers, Africa may be smaller right now than other regions, but online commerce will grow about 30 per cent every year. And even with wider global declines, online shoppers are growing twice as fast. Stripe thinks on a longer time horizon than others because we are an infrastructure company. We are thinking of what the world will look like in 2040-2050.”

Matt Henderson, Stripe’s Business Lead in EMEA said, “In just five years, Paystack has done what many companies could not achieve in decades. Their tech-first approach, values, and ambition greatly align with our own.

“This acquisition will give Paystack resources to develop new products, support more businesses and consolidate the hyper-fragmented African payments market. We can’t wait to see what they will build next and how their growth can turbocharge the African tech ecosystem.”

While commenting on the transaction, the CEO and co-founder of Paystack, Shola Akinlade stated, “Paystack is a growth engine for modern businesses in Africa, and we couldn’t be more excited to join forces with Stripe, whose mission and values are so aligned with ours, to nurture transformative businesses on the continent.

The company revealed that Paystack would continue to operate independently in order to grow its operations in Africa and add more international payment methods.

However, “over time, Paystack’s capabilities will be embedded in Stripe’s Global Payments and Treasury Network (GPTN), a programmable platform for global money movement that currently spans 42 countries,” it stated.