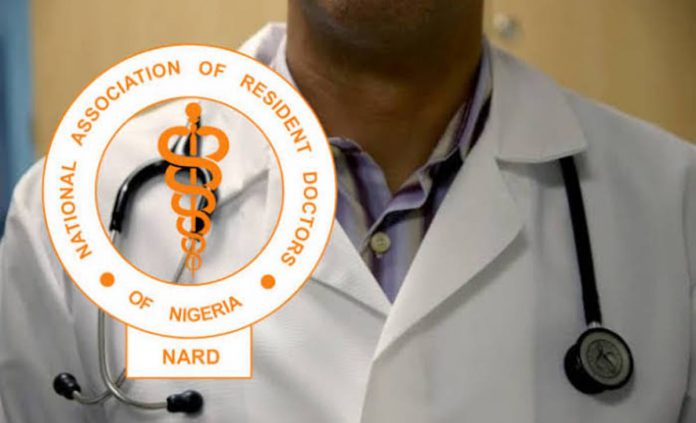 The Nigerian Association of Resident Doctors (NARD) said it has instructed its lawyers to appeal the Court judgement of the National Industrial Court (NIC) ruling on the application for interlocutory injunction filed by the Federal Government.

The Doctors said they were not happy with the Industrial Court ruling that gave the ruling favouring the Federal Government to stop their ongoing strike.

The Association in a letter dated 17th, September 2021, signed by President Dr Uyilawa Okhuaihesuyi, Secretary-General Dr Jerry Isogun and the Publicity and Social Secretary Dr Dotun Oshikoya however urged its members to remain calm and resolute, adding that the association is committed to protecting them within the confines of the law.

The letter reads: “Distinguished NARDITES and Colleagues, as we are all aware, especially those that were present in court today, the NIC has given a Ruling on the application for interlocutory injunction filed by the Federal Government.

“We are not satisfied with the Ruling. After consultations with our lawyers, we have instructed our lawyers to appeal the Ruling and file application for a stay of execution.

“On 15/9/2021, the court reserved ruling on which Application the court would take first. Our lawyers had argued in the Court on 15/9/2021 that the Court ought to hear and determine our Notice of Preliminary Objection challenging the jurisdiction of the Court before taking the Application for Interlocutory injunction or any other application.

“The court adjourned ruling on

the argument on that issue to today. Today, the Court ruled that it would take the

Government’s Application for interlocutory injunction first and our NPO would be taken and determined along with the substantive suit.

“By the refusal of the court to hear and determine our Notice of Preliminary Objection before taking the Government’s Application for Interlocutory injunction, we believe we have been denied fair hearing which is a fundamental right.

“In the circumstances, we have instructed our lawyers to file necessary processes. We urge all members to remain calm and resolute. Everything depends on our firm resolve.

“We are committed to protecting your rights within the confines of the law. We believe Justice shall be ours ultimately.

Thank you all for your steadfastness.

Phala Phala: ‘Don’t treat us like the media, answer our questions,’...

Melania Trump yet to reach out to First-Lady Elect as Conflict...