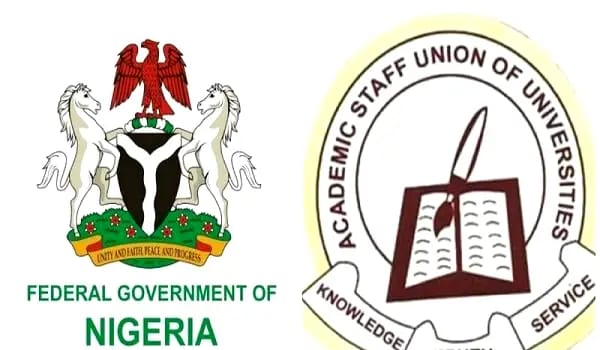 The National Industrial Court (NIC) has summoned the Federal Government and the Academic Staff Union of Universities (ASUU) to appear before it today, Monday, in Abuja, over the strike by members of the academic union that has shut the nation’s university system since February.

The summon followed the referral of the protracted dispute between the Federal Government and ASUU to the NIC by the Minister of Labour and Employment, Senator Chris Ngige.

Meanwhile, the Federal Government is, among others, praying the court to the court to order ASUU to resume academic activities.

The court in a letter of summon dated September 9, sign the Chief Registrar, said among others, “Take note above mention case will not be listed for mention before the National Industrial Court sitting at N0 11, New -Bussa close , Area 3, Garki Abuja, on Monday 12th September 2022, at 9 am.”

Those summoned include the Minster of Education, Minster of Justice and Attorney-General of the Federation, Minister, Federal Ministry of Labour and Enyployment, and the President of ASUU.

In a letter referring the dispute to NIC dated September 8, 2022, titled: FORWARDING OF A REFERRAL INSTRUMENT IN THE TRADE DISPUTE BETWEEN FEDERAL GOVERNMENT/FEDERAL MINISTRY OF EDUCATION AND THE ACADEMIC STAFF UNION OF UNIVERSITIES, the Labour and Employment Minister, among others, noted that:

“The Referral Instrument is raised in line with powers vested on the Honourable Minister of Labour and Employment by trade dispute resolution mechanisms and the provision of Section {7 of the Trade Dispute Act, CAP. 18, Laws of the Federation af Nigeria (LFN), 2004).

“In view of the fact that ASUU members have been on strike since February 14, 2022 and have refused to call off the action despite apprehension of same, it would be appreciated if this dispute is given an accelerated hearing in order to bring the dispute to an end.”

“Determine whether ASUU members are entitled to emolument or “strike pay” during their period of current strike which commenced on February 14, 2022. more so in view of our national law as provided in Section 48 of the Trade Disputes Act and the International Labour Principles on the Rights to Strike as well as the Decisions of the ILO Committee on Freedom of Association on the subject.

“Determine Whether ASUU has the right to embark on strike over disputes as is the case in this instance by compelling the Federal Government to deploy University Transparency and Accountability Solution (UTAS) developed by ASUU in the payment af the wages it its members as against Integrated Payrall and Personnel Information System (IPPIS) universally used by the Federal Government in the nation for payment of wages of all her Employees (Workers) in the Federal Government Public Service of which university workers including ASUU members are part of, even where the Government via NITDA subjected the ASUU and their counterpart SSANU/NASU, UPPPS University Payment Platform System software to integrity test (Vulnerability and Stress Test) and they failed same.

“Determine the extent of fulfilment of ASUU’s demands by the Federal Government as follows since the 2020 Memorandum of Action with Federal Government : Funding for Revitalisation of Public Universities as per 2009 Agreement, Earned Academic Allowances (EAA) payments, State Universities Proliferation, Constitution of Visitation Panels/Release of White Paper on report of Visitation Panels, Reconstitution of Government Renegotiation Team for the renegotiation of 2009 Agreement which was renegotiated 2013/2014 and due for re-negotiation by 20/8/2019, and The migration of ASUU members from IPPIS to University Transparency and Accountability Solution (UTAS) developed by ASUU which is currently on test at Nigeria Technological Development Agency’ NITDA.

“Issue ORDER for ASUU members to resume work in their various Universities while the issues in dispute are being addressed by the NICN in consonance with the pravisions of Section 18 (1) (b) of the Trade Act. CAP, 18. LFN 2004. “