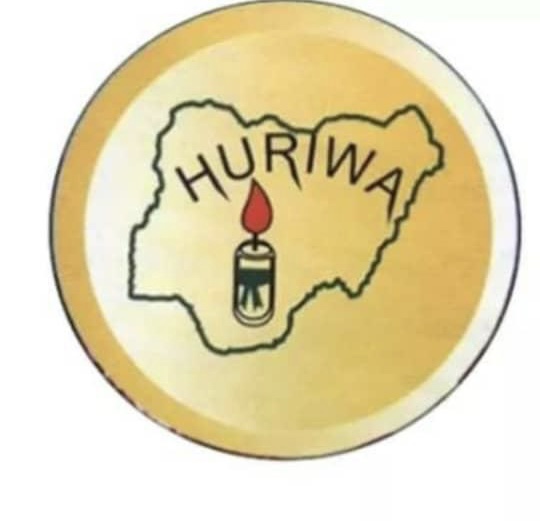 A civil rights advocacy group, Human Rights Writers Association of Nigeria (HURIWA) has asked the National Assembly to be very circumspect and not to directly sabotage the war on terror by the unwarranted distraction of ‘investigating’ the procurement of arms in such a way as to show that they may be doing the bidding of terrorists.

HURIWA, specifically counselled the Senate President, Senator Ahmad Lawan, and the Speaker of the House of Representatives, Mr. Femi Gbajabiamila to provide patriotic leadership to guide the relevant defence related committees so their members are not recruited as undercover sympathizers of Boko Haram terrorists who will continue to spread sensational media stories regarding the propriety or otherwise of the procurement process observed in the public procurement of defence related weapons.

It would be recalled that the Chief of Army Staff, Maj Gen Attahiru Ibrahim on Monday had appeared before the House of Representatives ad hoc committee investigating arms procurement.

The appearance caused a standoff between the Army Chief and the Committee members, as the latter refused to apologize over his inability to attend prior invitations.

In a statement signed by the National Coordinator, Emmanuel Onwubiko said: “We think that at a time of grave emergency and threats to the territorial integrity of Nigeria, what we expect from lawmakers is to support the hierarchy of the military with all that they need to effectively combat the threats of terrorism and after that then forensic investigations of expenses and procurements can happen in an atmosphere devoid of media sensationalism.

“We expect the legislators, not to constitute an unwelcomed nuisance and orchestrated distractions by organizing unnecessary public show and media drama of seeking to make a devil out of the heads of the armed forces of Nigeria and by so doing create disaffection and demotivate the combatants by feeding them with half baked and unsubstantiated innuendos that certain members of the military hierarchy may have diverted funds meant for procurement of arms.

“Who are these lawmakers working for? Nigeria or Boko Haram terrorists? This is the most in-appropriate time to do that and the methodology they adopted they are indirectly creating the impression that some of the members of the National Assembly may be doing the bidding of the masterminds of the terror campaigns against Nigeria,” HURIWA said in the statement.

He further stated: “If we may ask, are the legislators unaware of the very characters and political functionaries within the Ministry of Defence that is directly in charge of all procurements and doesn’t they know the custodian of such procurement records? Why have they not invited the minister?

“Why not read up the relevant laws if the members are bereft of the relevant information on the extant laws relating to procurement and that the Minister of Defence is the right person to provide all the information they seek or are they procured by the terrorists to cause disaffection by spreading false information about some missing funds?.”

85m Nigerians will soon lose their jobs due to lack of...