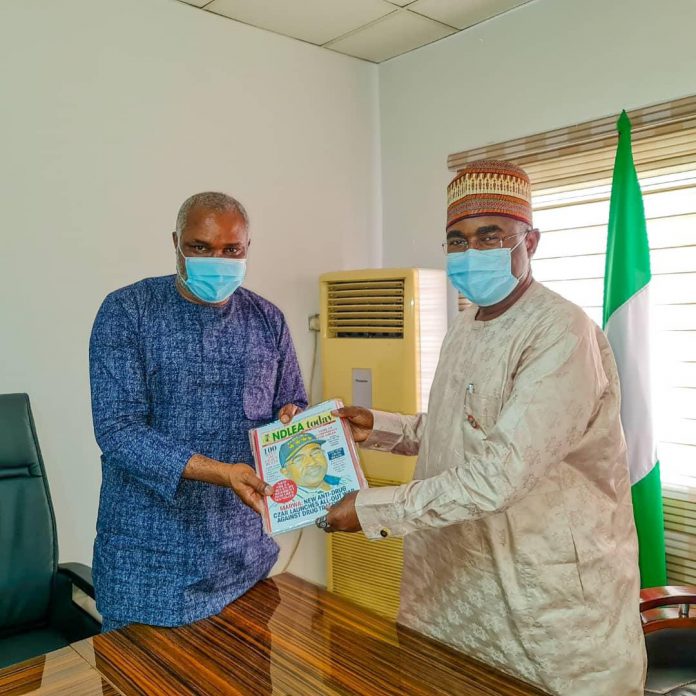 The Human Rights Writers Association of Nigeria (HURIWA) has urged the National Drugs Law Enforcement Agency (NDLEA) to invest in the rehabilitation of drug addicts in Nigeria rather than parading them to the public.

Addressing top management team of the  NDLEA in Abuja including its Chairman, Chief Executive Officer Brigadier- General Mohammed Buba Marwa (rtd), HURIWA further charged the NDLEA to stop media trials of accused persons because it offends section 36 (5) but rather to pay more attention to prosecution and actual convictions.

According to the Rights group, section 36(5) stated thus: “Every person who is charged with a criminal offence shall be presumed to be innocent until he is proved guilty, provided that nothing in this section shall invalidate any law by reason only that the law imposes upon any such person the burden of proving particular facts.”

HURIWA’s National Coordinator Comrade Emmanuel Onwubiko who led the delegation of activists however lauded the current leadership of NDLEA for bringing renewed vigour, energy and enthusiasm to wage aggressive war against hard drugs trafficking which the group believes is paying off with the large number of arrests made so far.

The group however stressed that actual convictions are far better to celebrate than mere arrests.

HURIWA argued that parading suspects before the media have now lost deterrent value because rather than deter would-be young offenders, the media trials have ironically glamourised drug trafficking going by the exponential increase in the number of arrests made by NDLEA daily in spite of the persistent parading of arrested suspects in the media.

HURIWA also urged the NDLEA to open up the process of burning seized exhibits to the media and credible members of the organised civil society bodies so Nigerians would be assured that confiscated hard drugs do not end up been stolen by NDLEA officers and resold on the streets.

HURIWA called on the National Assembly to grant funding and operational autonomy to the NDLEA given the nature of their tasks, adding that drug addictions are the major cause of sophisticated crimes and terror-related violence in the country.

Responding, the Chairman of NDLEA who spoke very briefly defended his organization’s law enforcement mechanisms and stressed that the Human Rights of arrested suspects are always defended and promoted by his officers since he assumed office.

He commended HURIWA for doing a great job of social enlightenment and called on the organization to support the government.

World Largest Flag to be Hoisted in Nigeria