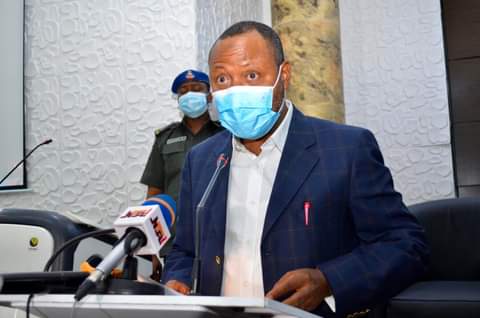 Minister of State for Science, Technology and Innovation, Barr. Mohammed H. Abdullahi has said that the 2022 Draft Revised STI policy is designed to engender and diversified a sustainable economy through fostering an effective National System of Innovation (NSI).

The Minister said this at the validation workshop of the 2022 Draft Revised STI policy held on Thursday, in Abuja.

Barrister Abdullahi further said that the economy can be diversified by supporting the emergence of new knowledge and skills which facilitates the actualization of the nation’s industrialization and all-inclusive economic growth and development in the country.

The Minister also added that governments are emphasizing more on the need for sound policies that will contribute to achieving many targets of the SDG.

He further stated that the Federal government National Development Plan of (2021-2025) recognises the need to leverage (STI) to build a knowledge-based economy that is global and competitive.

In respect to this, he said, FMSTI constituted an Inter-ministerial Committee comprising of Ministries, Departments and Agencies (MDAs) with other stakeholders to review the extant 2012 STI policy in line with current realities on Nigeria’s economy.

He said that the committee has finished its assignment with proof of the 2022 Draft Revised STI policy which is to be critically assessed in order to produce a robust NST &I Policy for Nigeria.

The minister stated that the strategy on energy is not robust enough considering the significance of chemical and nuclear-related technology, to meet our energy challenges.

He added that the country should not underestimate the FMST role in policy formulations and general oversight on nuclear-related matters hence the need to have an effective nuclear policy.
In his closing remark, the Permanent Secretary of the Ministry, Mr Sunday Edet Akpan said that the Revised Policy Content has been in line with the current economic direction of the country.

He said that the Leadership of the Ministry is appreciative of the overwhelming input from various stakeholders on the Revised Draft Policy.

He expressed confidence that the revised policy if approved, by the Fed. Executive Council Meeting will be implemented fully with great interest.