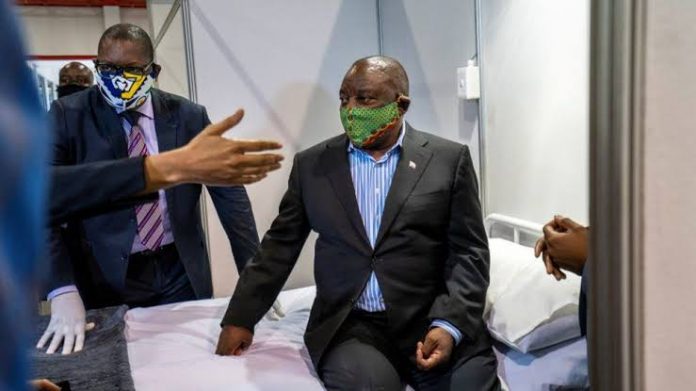 President Cyril Ramaphosa has eased key restrictions on alcohol sales and the size of gatherings, offering a lifeline to businesses and making it easier to register voters ahead of local government elections in November.

He urged people to get vaccinated as soon as possible to safeguard their own health and enable further opening of the economy.

Ramaphosa stated that the government would provide an update on its plans for vaccine passports in two weeks’ time.

“Vaccines are safe, effective and free. [They] are the most potent weapon we have to fight this pandemic. The sooner we are all vaccinated, the sooner we can open up sports venues to spectators … welcome tourists to our beautiful country … [and] return our economy to full operation and create the jobs our country needs,” he said.

The limit for indoor gatherings has been increased from 50 people to 250 and the outdoor limit from 100 to 500 people.

Restaurants and bars need to close at 10pm, an hour later than the previous restriction of 9pm.

Small venues that cannot safely accommodate 250 people may not operate at more than 50% of capacity and funerals remain restricted to 50 people.

Ramaphosa said: “In exactly 50 days’ time, South Africans will go to the polls in the local government elections. It is vital that as we undertake this great democratic exercise, we do everything within our means to prevent a resurgence of Covid-19 infections.”

The restrictions have been straining businesses, such as restaurants, airlines and entertainment venues, threatening their survival and jobs as SA battles with the world’s highest unemployment rate.

Cinema chain Ster-Kinekor, which is also in business rescue, said to creditors the 50-person per show restriction had slowed its return to profitability.

Ramaphosa announced that after opening applications for the R350 special social relief of distress grant in August, it received nearly 13-million applications, with 8.3-million approved and 3.7-million declined as it appeared applicants had other sources of income.

WTO DG: Ngozi Okonjo-Iweala’s Rival to withdraw from the Race