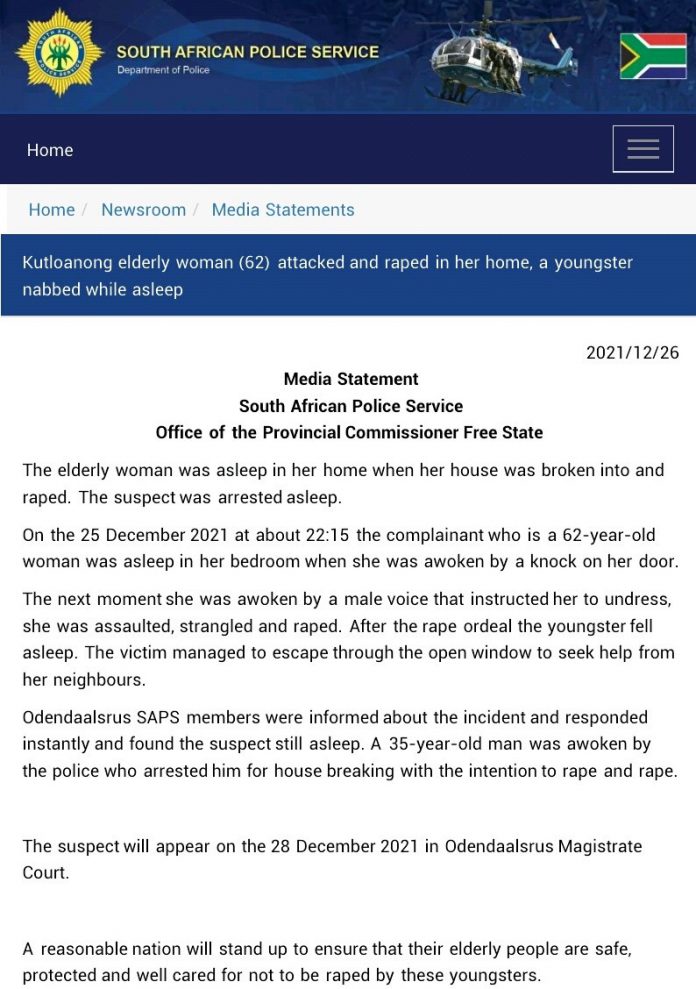 South African Police have arrested a 35-year-old suspected rapist who fell asleep in his victim’s home after raping her.

“The elderly woman was asleep in her home when her house was broken into and raped. The suspect was arrested asleep,” Thakeng said in a statement on Monday, December 26.

“On the 25 December 2021 at about 22:15 the complainant who is a 62-year-old woman was asleep in her bedroom when she was awoken by a knock on her door

“The next moment she was awoken by a male voice that instructed her to undress, she was assaulted, strangled and raped.

“After the rape ordeal the youngster fell asleep. The victim managed to escape through the open window to seek help from her neighbours.

Odendaalsrus SAPS members were informed about the incident and responded instantly and found the suspect still asleep.

“The 35-year-old man was awoken by the police who arrested him for house breaking with the intention to rape and rape.”

The suspect will appear on the 28 December 2021 in Odendaalsrus Magistrate Court.