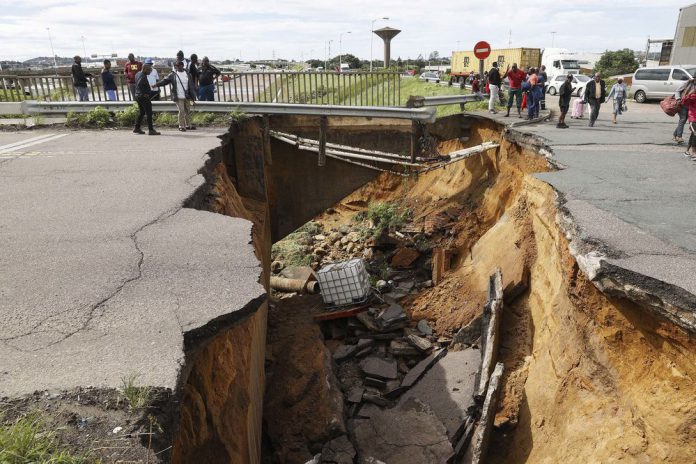 President Cyril Ramaphosa in a televised speech stated that the floods caused “billions of rands” of damage in KwaZulu-Natal, the second-largest contributor to South Africa’s economy, and Eastern Cape provinces. The government will focus on providing humanitarian aid, re-homing displaced people and reconstruction work, he said.

It was gathered that the deluge triggered floods and landslides that washed away roads, bridges, houses and interrupted operations at the nation’s biggest port, which ships grains, cars, coal and other products. The impact is poised to reverberate across South Africa as the disaster also hit operations at clothes retailer Pepkor Holdings Ltd., forced Toyota Motor Corp. to suspended production and damaged paper company Sappi Ltd.’s facilities.

“The significance of the Port of Durban and related infrastructure for the effective operation of the country’s economy means that this disaster has implications far beyond the province of KwaZulu-Natal,” Ramaphosa explained in his speech.

As a result of the impact of the floods on South Africa, the cabinet decided to declare a national state of disaster “to ensure an effective response across all spheres of government,” he explained.

According to Ramaphosa, the Solidarity Fund, which was initially set up to mobilize money to help South Africa fight the Covid-19 pandemic, will help manage the fund and finance reconstruction efforts.