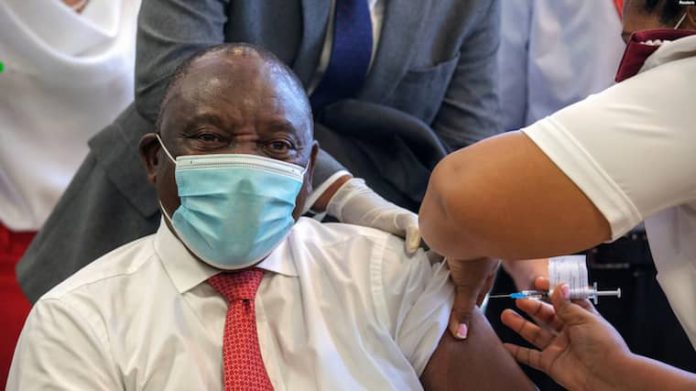 The President of South Africa, Cyril Ramaphosa had reportedly tested positive for COVID-19 on Sunday, though he is showing only mild symptoms.

The presidency made this recent development known to the press.

According to the statement, “The president started feeling unwell after leaving the State Memorial Service in honour of former Deputy President FW de Klerk in Cape Town earlier today.”

“The president, who is fully vaccinated, is in self-isolation in Cape Town and has delegated all responsibilities to deputy president David Mabuza for the next week,” the presidency added.

In the past few days, a nationwide outbreak believed to be linked to the new Omicron variant of the coronavirus has been infecting around 20,000 people a day. South African scientists see no sign that the variant causes more severe illness.

I will never support PDP or APC – Mr Macaroni