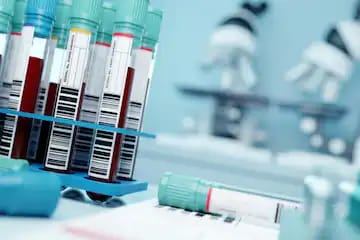 South Africa has discovered a potential variant of interest (VOI) of Covid-19 that is assigned to the PANGO lineage C.1.2.

C.1.2 was first identified in May 2021 during the third wave of Covid in the country, said researchers from the country’s National Institute for Communicable Diseases (NICD) and the KwaZulu-Natal Research Innovation and Sequencing Platform.

It has since been detected across the majority of the provinces in South Africa and in seven other countries spanning Africa, Europe, Asia and Oceania, the researchers reported in the study that is yet to be peer-reviewed and is posted on pre-print server medRxiv.

The variant has evolved from C.1, one of the lineages that dominated the first wave of SARS-CoV-2 infections in South Africa and was last detected in January 2021.

C.1.2 is “associated with increased transmissibility and reduced neutralisation sensitivity,” the team stated.

Compared to C.1, the new variant has “mutated substantially” and is more mutations away from the original virus detected in Wuhan than any other Variant of Concern (VOC) or VOI detected so far worldwide.

A similar short period of increased evolution was also associated with the emergence of the Alpha, Beta, and Gamma VOCs, said the researchers, suggesting that a single event, followed by the amplification of cases, drove a faster mutation rate.

As of August 20, 2021, 80 sequences that match the C.1.2 lineage have been listed on the open-access database GISAID (Global Initiative on Sharing Avian Influenza Data).

More study is needed “to determine the functional impact of these mutations, which likely include neutralising antibody escape, and to investigate whether it confers advantage over the Delta variant,” Scheepers, one of the team members said.