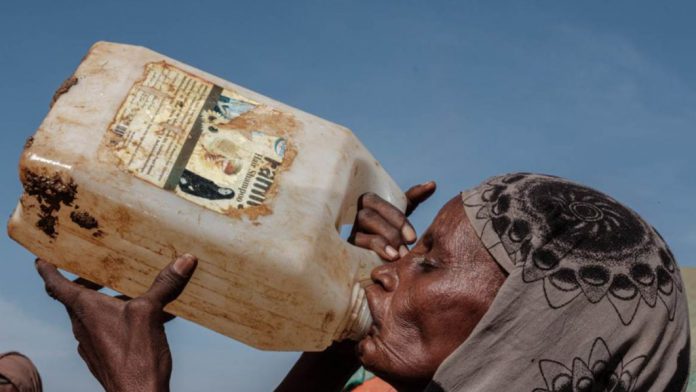 The Integrated Food Security Phase Classification Famine Review Committee (IPC-FRC) revealed that Somalia, most especially in the Buur Hakaba and Baidoa districts of the country will experience famine this year between October and December.

The committee gave this warning during the release of its projection, stating that in the absence of an urgent increase in humanitarian assistance, famine is expected to occur.

According to them, more than seven million people are facing grave hunger, and many of them are facing outright starvation.

“Somalia is a country in which many families have yet to fully recover from the devastating effects of the COVID-19 pandemic, the last regional drought in 2017, or the last famine in 2011, leaving many households with few resources to confront the effects of the current drought. Vladimir Putin’s invasion of Ukraine has also significantly increased the cost of food, fertilizer, and fuel, exacerbating humanitarian needs across the region.

“This famine projection does not have to come to pass. When another drought devastated Somalia in 2017, rapid international action helped to avert a famine,” the committee stated.

“Waiting for the famine is not an option. USAID believes that donors can have the most immediate impact by surging support to humanitarian partners already on the ground in the region, facilitating a scale-up of assistance to those who need it the most. We urge other donors to prioritise life-saving interventions within the key sectors of the drought response, including food assistance, nutrition support, vital health care services, access to water and sanitation, emergency shelter, and protection assistance for vulnerable people,” it said.