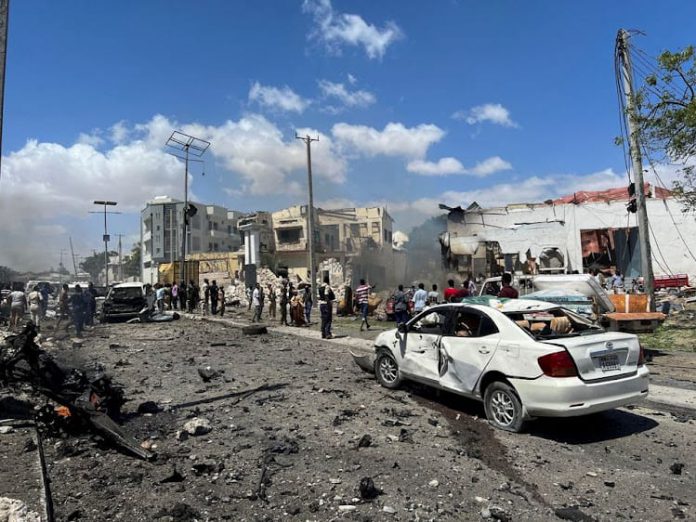 A family of nine has reportedly died in a double car bombing in central Hiraan province, Somalia,

The al-Qaeda linked group al-Shabab has said it was behind the attack.

The district commissioner of Mahas town said his home and that of a local MP were the targets.

The blasts were so powerful that witnesses said people far away from the explosion sites were wounded by flying fragments.

Al-Shabab has been losing ground in recent months after President Hassan Sheikh Mohamud pledged “total war” against the Islamist militants in August, following an attack on a popular Mogadishu hotel, which saw more than 20 people die.

Both African Union forces and US funds have been allocated to assist Somalia in its fight against al-Shabab.

Two men arrested with drugs worth over N6m in India

5 million blacklisted Kenyans to be free in two weeks –...