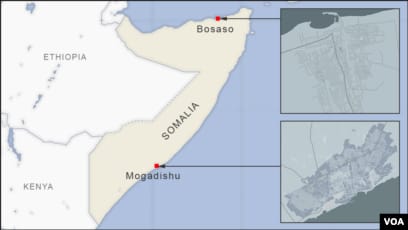 A government-allied Somali militia reportedly killed at least 45 al-Shabab fighters and beheaded some of them.

This was disclosed by three witnesses on Sunday, as citizens in central regions of the country increasingly take up arms against the insurgents.

The beheadings on Saturday followed a battle in the Hiran region of Hirshabelle State, where there has been significant fighting this month between al-Shabab and newly expanded militias allied with the federal government.

Al-Shabab, an al-Qaida-linked Islamist group, has been fighting Somalia’s weak central government since 2006. It wants to implement a strict interpretation of sharia law.

Al-Shabab has increasingly burned houses, destroyed wells, and beheaded civilians in the Hiran region, residents say; that, combined with its demands for taxes amidst the worst drought in 40 years, has pushed more residents to take up arms.

“This week, we have recaptured nine villages,” said Ahmed Shire, the Galmudug information minister. “It is a big revolution by Galmudug state.”

Mantashe downplays booing while Cosatu warns ANC to buck up