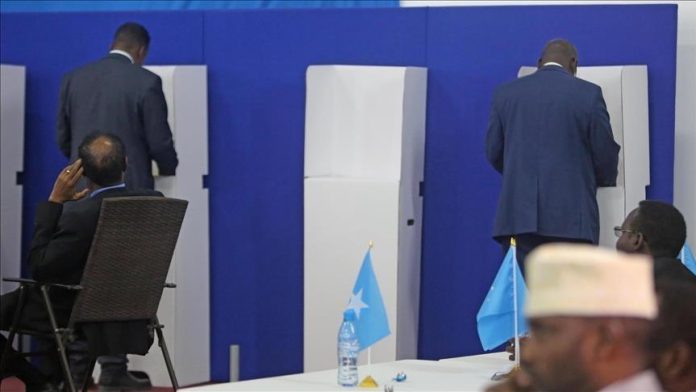 Somalia’s prime minister and regional leaders on Sunday have agreed to conclude the ongoing parliamentary elections by February 25.

The decision came after a week-long national consultative conference headed by premier Mohamed Hussein Roble and attended by the regional leaders of Galmudug, South West, Hirshabelle, Puntland, Jubaland, and the mayor of Mogadishu, the country’s capital.

The Prime Minister’s office disclosed that they agreed on an 18-point agenda on the elections.

A statement issued by the leaders emphasized the independence of the Federal Electoral Commission and Federal Member Commissions in the conduct of the elections, in accordance with the previous election agreements.

“The election of each seat shall be witnessed by the Electoral Commission, media, and independent observers in order to ensure the transparency and openness of the elections,” the statement said.

The meeting was held after a fresh political standoff between the country’s leaders emerged and the election commission ousted its chairman for “violating the independence of the electoral body.”

Experts believe that given the current political climate, Somalia may not be able to conclude the parliamentary elections by Feb. 25.

“The declared decision carries a symbolic message of hope that an election process that lost credibility due to flagrant corruption and shameless fraud could be reformed and completed in 40 days,” Abukar Arman, a former diplomat and the Servant General of Baseerah Transformative Strategies, told Anadolu Agency.

“The public needs confidence. As for the merit of elections, only time will tell,” he added.

According to the statement, the names of the delegates who will elect the members of parliament and civil society election observers will be made public before election day.

Only 24 out of 275 Lower House members of parliament have been elected so far. The Lower House elections started on November 16, 2021, and its official conclusion date was December 24.