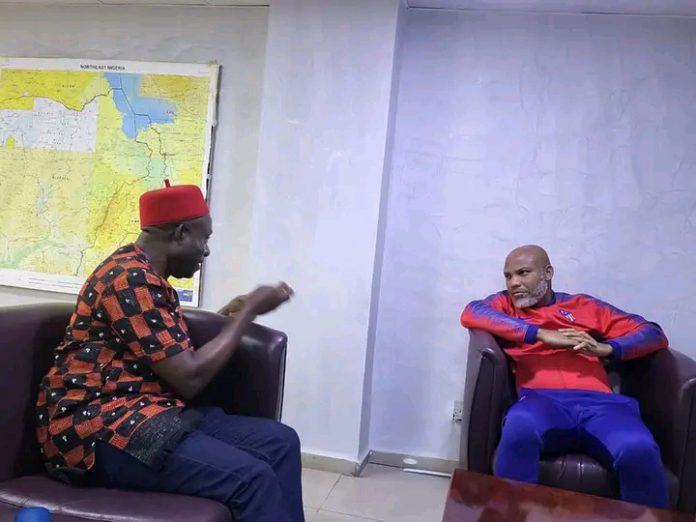 Anambra State governor, Professor Chukwuma Soludo, yesterday volunteered to stand surety for the detained leader of Indigenous People of Biafra (IPOB), Nnamdi Kanu, if the federal government was willing to grant his release.

The IPOB leader, who had previously jumped bail before he was brought back to Nigeria from Kenya, has been in custody of the Department of State Service (DSS) since 2021 on allegation to treasonable felony.

Read more:LP to Soludo: We’ll know who owns the land when we campaign in Awka, Onitsha, Nnewi

Speaking during the kickoff of the campaigns of the All Progressives Grand Alliance ( APGA) for this year’s general elections at Alex Ekwueme Square in Awka, Anambra State capital, Soludo appealed for Kanu’s unconditional release.

He said: “I am making a passionate appeal to the Federal Government to release Mazi Nnamdi Kanu unconditionally. If he cannot be released unconditionally, I want him bereleased to me and I will stand surety for him”