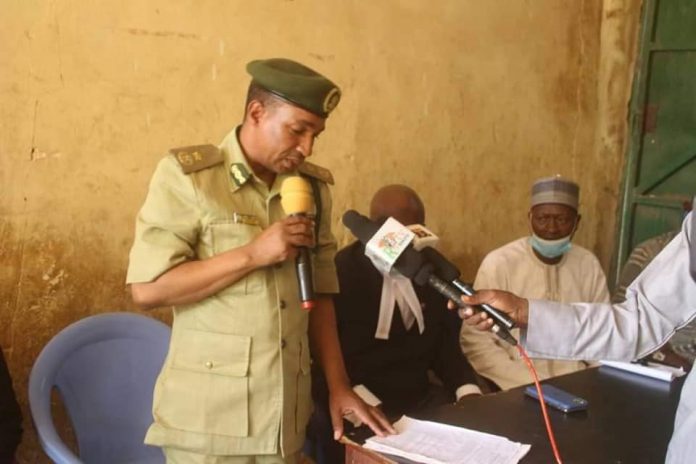 The Sokoto State Government under its Committee on Prerogative of Mercy on Wednesday, June 30, released 32 inmates with different degree of offenses in the state, from the Sokoto Correctional Centre.

The announcement was made by Commissioner for Justice and Attorney General of the state, Suleiman Usman (SAN), announced the pardon on behalf of the Governor, Aminu Waziri Tambuwalat the Sokoto Central Correctional Centre.

According to Usman, “the pardon was at the instance of the state governor, who is empowered executive powers vested on him by Section 212 of the 1999 Constitution as amended, to offer mercy to inmates.”

He said the gesture, while aimed at enabling the ex-prisoners to reunite with their family members and become decent citizens, was also intended to decongest the prison and protect the inmates from being affected by the COVID-19 pandemic.

The commissioner, who is also the state Chairman of the Advisory Committee on Prerogative of Mercy, called on the freed prisoners to shun vices and engage in viable ventures that would uplift their living standards.

He urged those pardoned to be of good character and avoid anything that would make them break the law and order in the state and the country in general.

Suleman explained that the exercise is carried out on a routine basis to deserving inmates in order to offer mercy to them.

He later presented the sum of N50,000 cash to each of the pardoned inmates on behalf of the state government, saying the gesture would enable them to set up some useful ventures while starting a new life out of the prison.

“We Strangle Clients to Death after Gaining their Trust” Suspected Ritual...