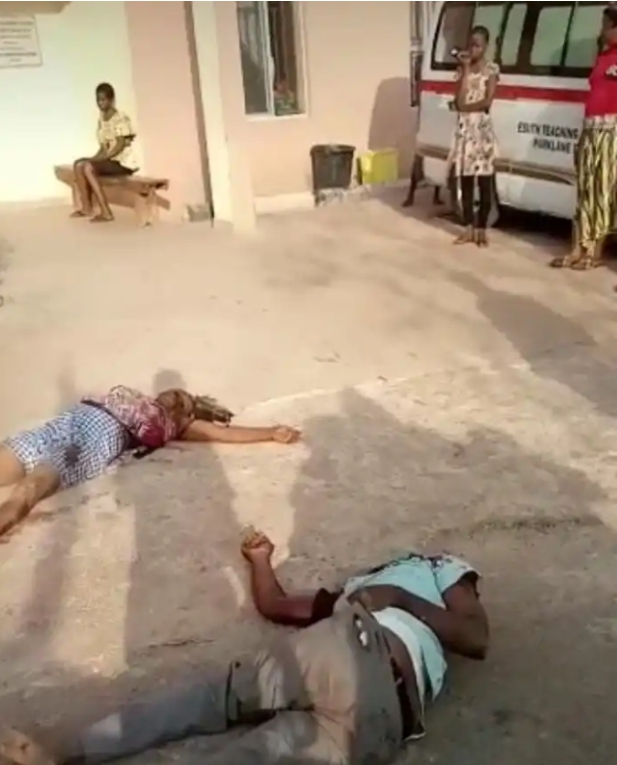 Three persons, including a pregnant woman, were killed in Enugu State by hoodlums enforcing Simon Ekpa’s five-day sit-at-home order in the South East.

It was gathered that the pregnant woman, whose identity could not be immediately ascertained, was killed by a stray bullet at New Market during a gun duel between the hoodlums and policemen on Saturday, December 10, 2022.

Sources said that a bullet hit the woman who came for early morning market where she hid in a store.

A viral video seen on Facebook showed two victims lying lifeless in front of the Enugu University Teaching Hospital, Parklane in a pool of blood.

The victims were said to have also been shot by the hoodlums.

Although the details of the attack were not ready available, a senior police officer confirmed the attack to newsmen.

He however, noted that no policeman was killed, adding that a manhunt had been launched for the hoodlums.

Another short video clip of the incident shows a white police patrol vehicle on fire.