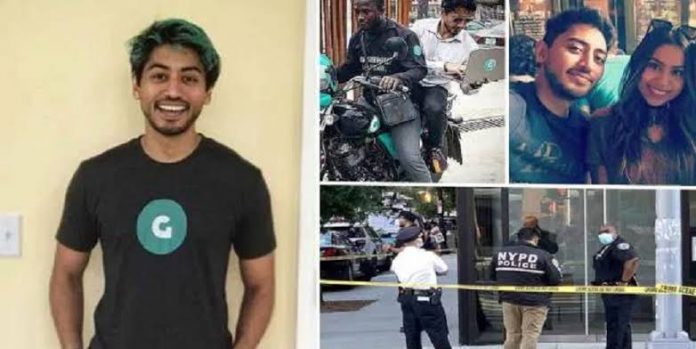 For Ruby Saleh, sister of slain technology entrepreneur and late CEO of Gokada, Fahim Saleh, life can never be the same again after her brother was gruesomely murdered.

Ruby recently shared an emotional tribute recounting her reaction to hearing the horrifying news that her brother had been found dismembered in a New York City apartment and also the moments they shared together while growing up.

In the tribute she shared on the blogging platform, Medium, Ruby wrote, “I dropped the phone and crawled onto the wooden floor, touching its cold, hard surface with the palms of my hands. I shook my head.’ No, no,’ I said, my hair falling over my face.

“What are they saying?” I looked up at my husband. He was already crying as if he had accepted these words about my brother as truth. His crying didn’t make sense to me because this news couldn’t possibly be real,” she writes.

“While we were growing up, I felt more like a mother to Fahim than a sister. When he was a toddler too wild to finish a meal, I ran after him with spoonfuls of rice and chicken. I gave him baths, I changed his diapers, and I was petrified the first time I saw his nose bleed.” Saleh writes in her post.

“Thirty years later, I was learning that Fahim’s head and limbs had been discarded in a trash bag.

“Someone had cut my brother’s body into pieces and tossed the pieces into a garbage bag, as if his life, his body, his existence had had no meaning or value,” Saleh adds.

Gokada founder Fahim Saleh died of multiple stab wounds, medical examiner says and the accused who doubles as the late CEO’s assistant pleads not guilty to a grisly murder.

Lottery swindle: the story so far