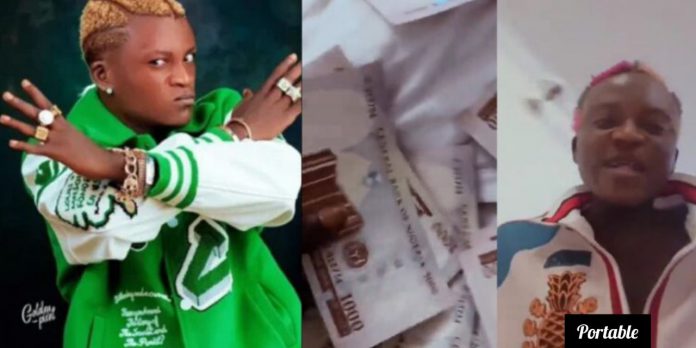 The ‘Zazu Zeh’ crooner, who had a show in Port Harcourt, took to his social media page to lament over the fake money he was lavished with during the concert.

In the video he shared, he called the woman who was counting the money, a maths set, and told his friends to trash the money.

Meanwhile, netizens reacted to the video and praised Portable for tearing the cash while others called out citizens of PH city for showing the artiste fake love.

A Twitter user @DorianGray_100 wrote, “Good he is tearing those notes, he has reduced a bit of the fake notes in circulation”