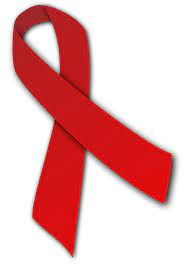 A sex worker whose name was still unknown as at the nottome of compiling this report allegedly vomited blood and died in Osogbo, Osun state.

The field commander of the Amotekun Corps, Amitolu Shittu, who shared the story suspected that the lady was used for ritual.

“I personally led the team that visited enterance to Adetunji, Estate that evening. Before she started vomiting blood, the lady told me she was living in Ofatedo, though an indigene of Sagamu in Ogun state.

“She mentioned one Becky as her friend. She said three men had taken her from another hotel in Ofatedo and took her to a hotel around West Bye pass. At the hotel, they told her she would have sex with three of them, but the lady said she told them she could only have sex with two men.

“While bathing with one of the men, the suspected ritualist hit the lady with charm on the head and she became almost uncoucious. She was still talking to me when she started vomiting blood.

“Because it was late, I asked the night guard working in the area to watch over her, while I arrange ambulance. By the time I returned to the scene, that her friend, Becky, she told me of, had brought a bus to carry her. It was such a pathetic story,” Shittu explained.