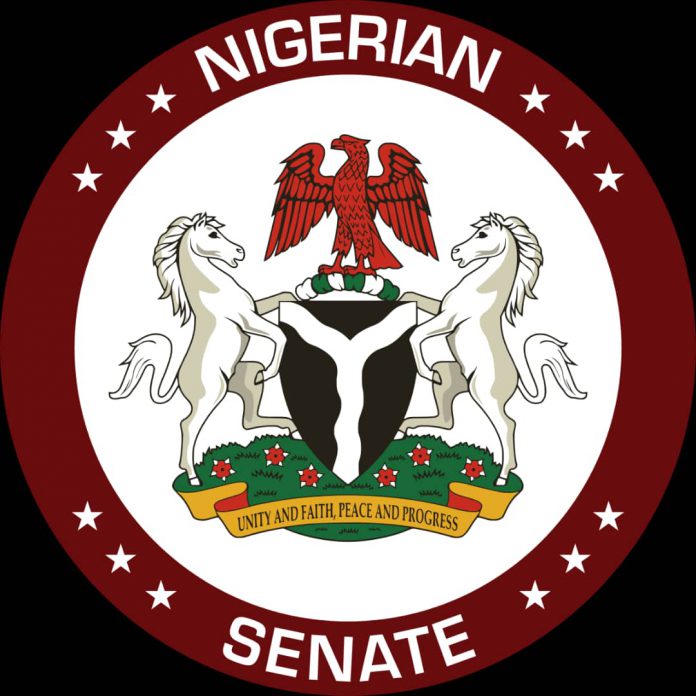 The Senate has passed the re-worked version of the Proceeds of Crime (Recovery and Management) Bill, 2022, after amending the provision of clause 74.

The passage of the bill followed the consideration of a report by the Joint Committee on Judiciary, Human Rights and Legal Matters; and Anti-Corruption and Financial Crimes.

The chamber, on 15th March 2022, while relying on Orders 1(b) and 52(6) rescinded its decision on clause 74 of the bill as passed and re-committed same to the Committees on Judiciary, Human Rights and Legal Matters and Anti-Corruption and Financial Crimes.

Chairman of the Judiciary Committee, Senator Michael Opeyemi Bamidele, in his presentation, said after the passage of the Bill, a series of reactions trailed its passage with respect to clause 74, which was amended in the course of deliberations.

The Senate, however, amended the clause during consideration to provide that, “The burden of proof shall be on the investigating agencies and there shall be conviction before the property can be finally seized or forfeited to the Federal Government of Nigeria”.

The Senate, about two weeks ago, recommitted the Bill to the Joint Committee to engage the relevant Agencies with a view to safeguarding against the alleged abuse, and to report back with its recommendation.

Opeyemi stated that the Joint Committee while engaging with the investigating agencies, was told by the latter that maintaining the original provision of clause 74, as recommended by the former, was in the best interest of the country.

He said the agencies assured the Joint Committee that they would not abuse the powers conferred on them by the provision, as they (agencies) are subject to Standard Operating Procedures (SOPs) as well as the guiding principles of Chapter IV on Human Rights in the 1999 Constitution as amended.

According to the lawmaker, “the provision of the original Bill, which provides that the burden of proof lies on the defendant rather than on the Investigating Agencies, as provided in the amendment clause, is appropriate in line with global best practices and convention.”

He explained that making it mandatory for a criminal conviction to be established before forfeiture and seizure of proceeds of crime or assets derived from unlawful activities is against the general interest of the intendment of the Bill and not in conformity with similar legislation in other jurisdictions.

“Besides, the standard of proof in civil matters is on the balance of probabilities”, he said.

Opeyemi added that maintaining the provision of clause 74 of the Bill, as passed by the Senate would undoubtedly undermine Nigeria’s commitment and obligation to the United Nations Convention Against Transnational Organised Crime (UNTOC), which Nigeria is a signatory to and has ratified.

He further observed that the amended clause is inconsistent with the principles of Article 12 of the United Nations Convention Against Transnational Organised Crime (UNTOC), which stipulates that States Parties may consider the possibility of requiring that “an offender demonstrate the lawful origin of alleged proceeds of crime or other property liable to confiscation.”

He said that one of the recommendations of the Financial Action Task Force on Non-Conviction Based Asset Forfeiture, provides that “Confiscation and provisional measures should adopt measures similar to those set forth in the Vienna Convention, the Palermo Convention, and the Terrorist Financing Convention, including legislative measures to enable competent authorities to freeze or seize and confiscate assets without prejudicing the rights of bona fide third parties.”

The lawmaker emphasised that one of the salient intendments of clause 74 was that it ensures the recovery of proceeds of crime with or without conviction.

The report on the Proceeds of Crime Bill 2022, after consideration by the Committee of the Whole, was passed by the upper chamber in the plenary.

Male lawmakers against gender bills don’t have respect for women –...