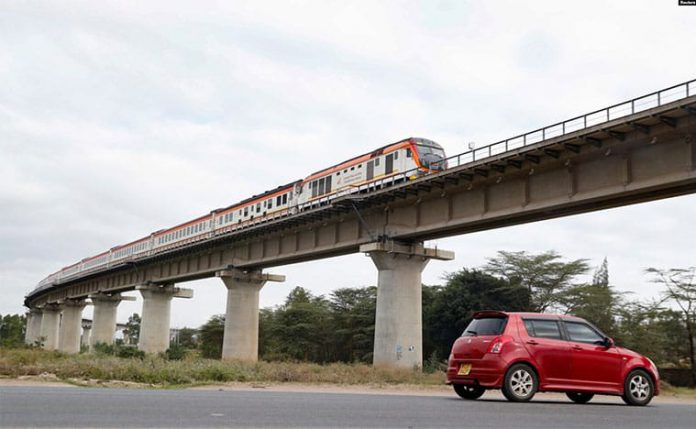 Kenyan President, William Ruto, ordered cargo containers from incoming ships to be emptied at the port of Mombasa instead of in the capital, Nairobi.

Ruto said he is carrying out a campaign promise, though there are concerns the move could overwhelm facilities at the Mombasa port.

In 2019, the Kenyan government shifted cargo clearance operations from Kenya’s Indian Ocean port of Mombasa to the inland cities of Nairobi and Naivasha. This week, Ruto directed that the operations be returned to Mombasa.

“I will be issuing instructions for clearing of goods and other attended operational issues to revert to the port of Mombasa as I made a commitment to Kenyans,” Ruto said.

“This will restore thousands of jobs in the city of Mombasa,” he added.

Former President Uhuru Kenyatta had moved cargo clearance to Nairobi to increase use of the Standard Gauge Railway (SGR), which was built with a $4.5 billion loan from China. The move forced companies to pay transport fees to use the railway — a decision Kenyan officials saw as the best way to repay the loan.

Ruto’s decision, announced last week on Tuesday, is welcomed by newly-elected Mombasa governor Abdulswamad Shariff Nassir, who said the need to repay the debt is not reason to kill business at his city’s port.

“We have been fighting for it for a long time and we said openly, even if it was to repay the SGR debt, there are other ways to repay it. It’s not a must to kill the economy of one part of the country.”

With cargo clearance operations shifting back to Mombasa, many people are concerned that the railway will lose business to trucking companies, making it difficult for the railway to pay its debt, and ultimately shifting the cost of its construction to taxpayers. Some traders argued that historically the Mombasa port has been slow to unload and transport cargo containers.