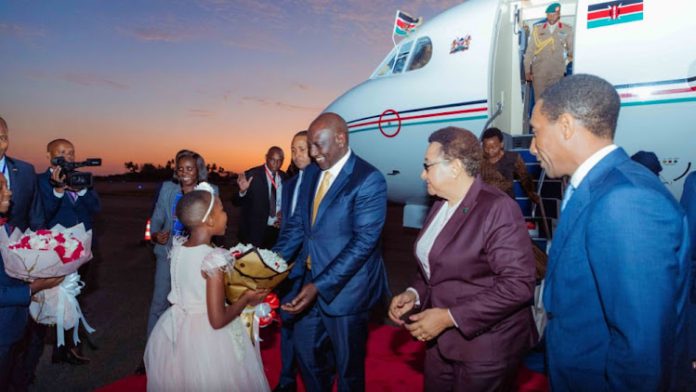 President William Ruto arrived Tanzania on Sunday evening for yet another two-day state visit to the neighboring country.

The visit to Uganda comes after he spent a night in Uganda on Saturday during which he graced the country’s Independence Day celebrations on Sunday.

He proceeded straight to Tanzania after ending the Ugandan trip.

The President is expected to hold bilateral talks with the host president Samia Suluhu on issues that affect the two nations.

The visits are seen as part of Ruto’s efforts to familiarize himself with the neighboring country’s counterparts as he kicks off his tenure as Kenya’s fifth President.