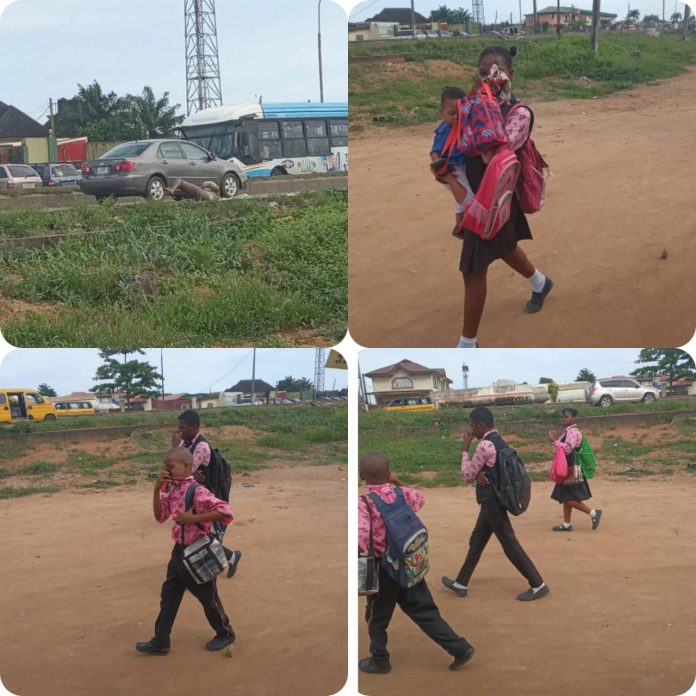 Many residents around Ewedogbon bus stop along Lasu Iyana-Iba Road in Alimosho Local Government Area of Lagos State are embittered about the putrid smell emanating from an unknown corpse lying on the express road.

According to the residents, the stench has made breathing difficult for residents, passersby and road users alike.

Checks by newsafricanow noted that school children can be seen taking a detour to avoid the corpse while covering their noses as they run past.

A shop owner along the road who identified himself as Gideon, who spoke with Newsafricanow said he immediately put a call to the emergency number 112 when he noticed the lifeless body.

“I called and they responded saying they will come to carry it on Wednesday but I am surprised it is still there as we are talking”.

Another resident who pleaded anonymity said she heard it announced on the radio but nothing still happened. “It shows we don’t have a government in the country”, she lamented.

Residents of the area want the corpse removed so that normalcy can be restored in the area as it has derived people from opening their shops and going about normal duties.

Findings by newsafricanow show that the swollen corpse has been there for four days.

Former Anambra Governor declares intention to run for President in 2023