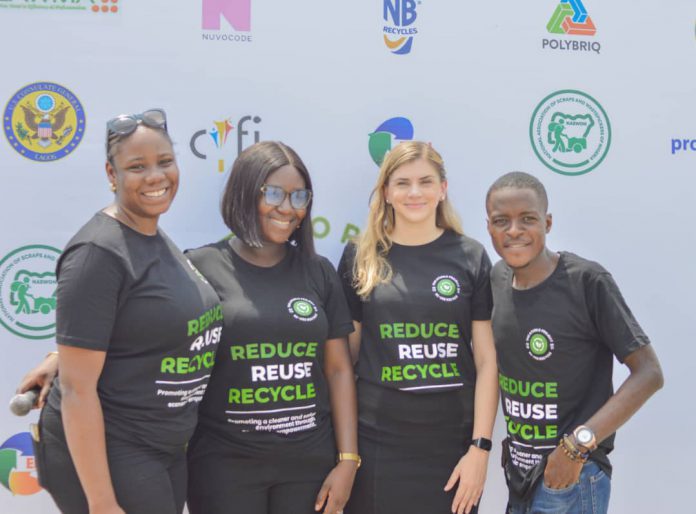 The Atunlo Project held a community sensitization event at the Ilaje Community on the 26th of February 2022.

The event which was sponsored by the US consulate in Lagos, was well attended by over 80 women who are members of the community. These women were sensitized on the importance of proper plastic waste disposal, the impact of plastic waste on the environment, the environmental and economic benefits of recycling as well as the opportunities available with recycling and upcycling.

The event started with an opening address by a representative of the US Consulate, Ms. Brianna Olson, who highlighted the importance of preserving the environment.

Speaking at the event,Mr Olaseni Ogunlana a representative of the Head of Recycling at the Lagos State Waste Management Agency (LAWMA), encouraged the members of the community to actively engage in recycling as it has numerous benefits.

The Head of the National Association of Scraps and Waste Pickers of Nigeria (NASWON), Comrade Friday Oku also graced the occasion and reiterated the importance of recycling as well as its economic benefits.

6 Metal Waste Bins which were produced with the support of the Nigerian Breweries were also commissioned at the event and donated to the community. These bins were very well received by the Palace Secretary who represented the Baale of Ilaje at the event.

The bins will be placed at strategic locations across the community in order to encourage members to recycle plastic pet bottles. 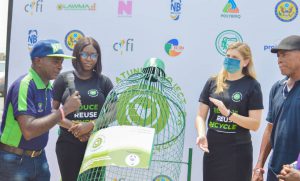 The initiative was well received by the target beneficiaries as women who engaged in recycling shared their experiences. They were grateful to the Atunlo Project team for their interest in empowering them with training that would help them create more revenue for themselves and their homes.

The Co-founders of the Atunlo Project, Mide Coker, Chizaram Iroaganachi and Kehinde Dada expressed their gratitude to the sponsors and partners as they prepare for the second phase of the project.