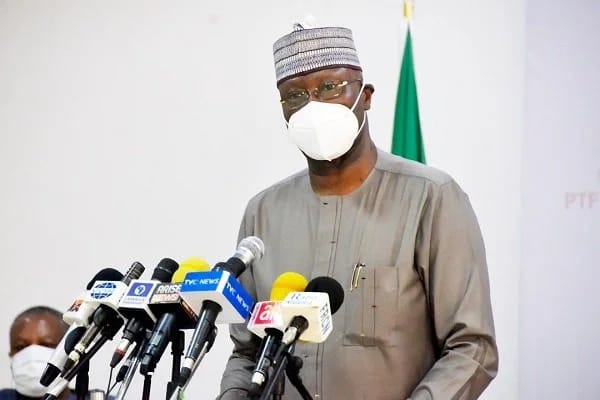 The Presidential Task Force (PTF) on COVID-19 has warned Nigerians not to close their eyes to the possibility of a second wave of the outbreak of the virus.

This was disclosed during a briefing on Monday, October 13, by the Chairman of the PTF and Secretary to the Government of the Federation SGF Boss Mustapha.

He encouraged Nigerians to be mindful of its possibility, pointing out the only cover is strict adherence to guidelines and protocols.

He said, “The PTF is glad that the economy is opening up the more, but warns that as we continue to study developments in Europe and other parts of the world, no nation can be said to be immune to a possible second wave if the guidelines and protocols are not adhered to strictly. Nigerians need to anticipate this and prepare. Our hope and prayers are that it shall never happen.

“For our proper information and guidance, the picture from around the world can be summarised as follows. Over the last few days, global cases crossed the 37 million mark. In the UK, cases have been on the increase.

‘’Similarly, Brazil’s case load has also continued to increase with the registration of a daily case load of over 65,000 on the 11th of October,” he revealed.

He announced the next steps in national response efforts would be made public during the week after findings of recommendations must have been presented to President Muhammadu Buhari.

He also said that the PTF and relevant MDAs have made progress in the discussions with the European Union (EU) overflight restrictions and entry of Nigerian nationals and holders of long-term Schengen visas into the territory, expressing hope that there would be a favorable announcement on this soon.