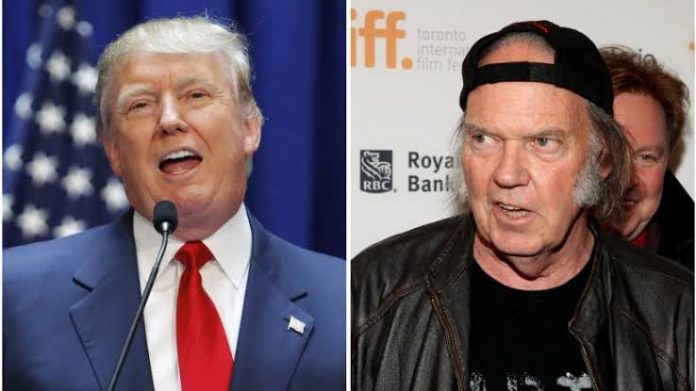 United States President’s re-election campaign has been slammed with a legal order by top rock star and entertainer, Neil Young for repeatedly using his music at political rallies and events without permission as this is a breach in copyright laws of the state.

As compensation, the singer is seeking damages of up to $150,000 (£114,400) per infringement. These include at a Trump rally in Tulsa, Oklahoma, in June, and the US president’s visit to Mount Rushmore in July.

Neil who is now officially a US citizen after having lived in the country for decades said he had complained about Mr Trump’s use of his music since 2015 but had been “willfully” ignored.

As reported by BBC, the Canadian has objected to the use of Rockin’ in the Free World and Devil’s Sidewalk for what he called an “un-American campaign of ignorance and hate”.

The Trump campaign has not yet commented.

There is no formula for artiste management in Ghana, says Producer

Interview: How We Provided PPEs, hand sanitizer, facilities and Food...