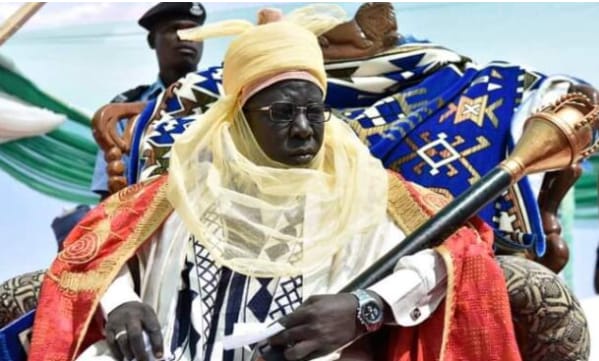 Danjuma Barde, a first-class traditional ruler in Chikun LGA of Kaduna state has died. The paramount ruler of the Gbagyi kingdom, better known as ‘Esu Chikun’ in Chikun Local Government Area of Kaduna State, was said to have died in the early hours of Wednesday, July 21 at the Nigerian Army Referral Hospital Kaduna following an illness.

The president of the Gbagyi development association (GDA), Peter Aboki confirmed the death of the traditional ruler on Wednesday.

“Yes we lost our traditional ruler, he has been having some health challenges. He died in the early hours of today, at 44, Army hospital,” Aboki affirmed.

Nasir El-Rufai, governor of Kaduna, said the late traditional ruler was “a peacemaker who did not flinch from the challenges of modernity but who fully embraced the possibilities of diversity”.

The governor in his condolence message, which was signed by his spokesperson, Muyiwa Adekeye, he stated that Barde promoted peace and embraced diversity which brought about development and modernity in his chiefdom.

The governor said his “accommodating and constructive attitude has brought immense socio-economic dividends to the people of Chikun Chiefdom which is host to many of the most significant investment projects the government has attracted to Kaduna state since 2015”.

He added that Barde was “courageous and outspoken, but always in the interest of peace, unity and progress”.

It was gathered that the late traditional ruler was promoted to a first-class chief in 2018, after Nasir el-Rufai, governor of Kaduna, changed the name of his chiefdom from “Gbagyi” to “Chikun”.