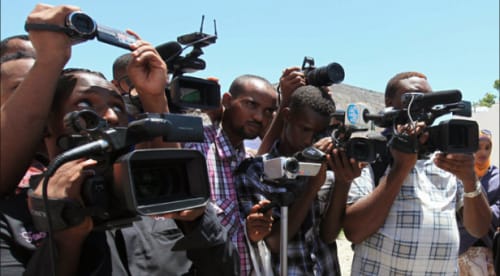 A regional quarterly report on Freedom of Expression (FOE) by the Media Foundation for West Africa (MFWA), has revealed that Nigeria ranked second worst in West Africa, as 5 cases of freedom of expression violations.

This places Nigeria in second place behind Ghana as the most repressive country in West Africa during the first quarter (Q1) of 2022.

The report which is for the months of January – March 2022, depicted that Nigeria recorded three physical attacks on journalists and two attacks on media houses. These violations were classified under Arrest/Detention and Seizure/Destruction of property.

Also, in a report co-produced by the MFWA and the Nigeria Union of Journalists (NUJ) in 2021, it was stated that Nigeria recorded over 300 press freedom and freedom of expression violations during the first four years of President Muhammadu Buhari’s administration.

Meanwhile, Ghana recorded 11 violations to rank first as the West African country with the highest cases of press freedom and freedom of expression violations during the period under review.

Adedeji, alongside other journalists, was covering a peaceful protest by demonstrators who were mourning the death of their friend, Abiola Afolabi, who was shot by policemen at his friend’s house on Monday, April 4, 2022.

‘Little by little’: Ukraine grinds away on the northeastern front