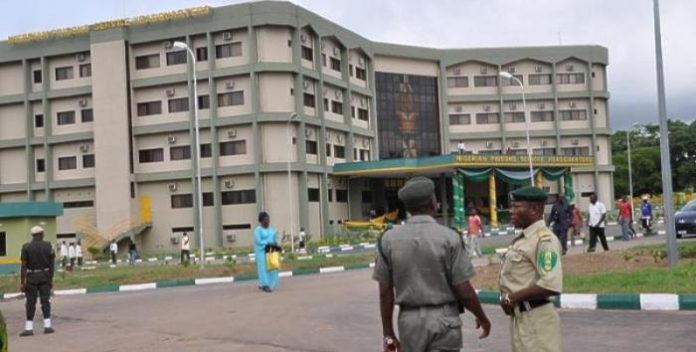 The federal government is set to scrutinize 300 inmates in Lagos to be granted pardon under the Prerogative of Mercy of President Muhammadu Buhari.

The Presidential Advisory Committee on Prerogative of Mercy is said to be in charge of the exercise.

Chairman of the committee and Attorney-General of the Federation and Minister of Justice, Abubakar Malami, kicked-off the exercise at the Ikoyi Correctional Centre.

Mr Malami was represented by Leticia Ayoola-Daniel, the Lead at the committee sitting.

It was disclosed that about 300 inmates would be scrutinised in Lagos while 80 would be considered for pardon.

“However, only 80 names of inmates who meet the criteria, both males and females, would be submitted to the National Council of States for onward recommendation to President Buhari,” the attorney-general said.

To benefit from the pardon would depend on whether the inmates under consideration would meet the criteria of being critically ill, old age and more than 10 years in custody.

Inaugurated on August 28, 2019, the committee assists Mr Buhari in the discharge of his responsibility of granting pardon as provided under Section 175 of the 1999 Constitution.

The committee was reconvened on September 28 to carry out the task in all the six political zones. The prerogative of mercy covers only federal offences, including bunkering.

“It is note-worthy to mention that the committee was reconvened bearing in mind the importance of the mandate of the committee.