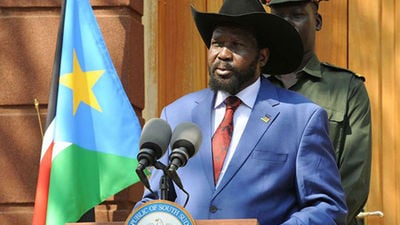 The President of South Sudan, Salva Kiir Mayardit has appointed a new governor and deputy governor for the central bank.

Meanwhile, Ohisa has been acting as interim lead after his boss Moses Makur was sent home earlier this month.

The development come amid hyperinflation and the depreciation of the South Sudanese pound (SSP). Earlier this month, the pound fell to a record low of 700 against the US dollar, from 450 a month ago.

According to reports, the central bank has been auctioning millions of US dollars to forex bureaus and commercial banks to mop up excess liquidity blamed for the pound’s depreciation against the dollar.