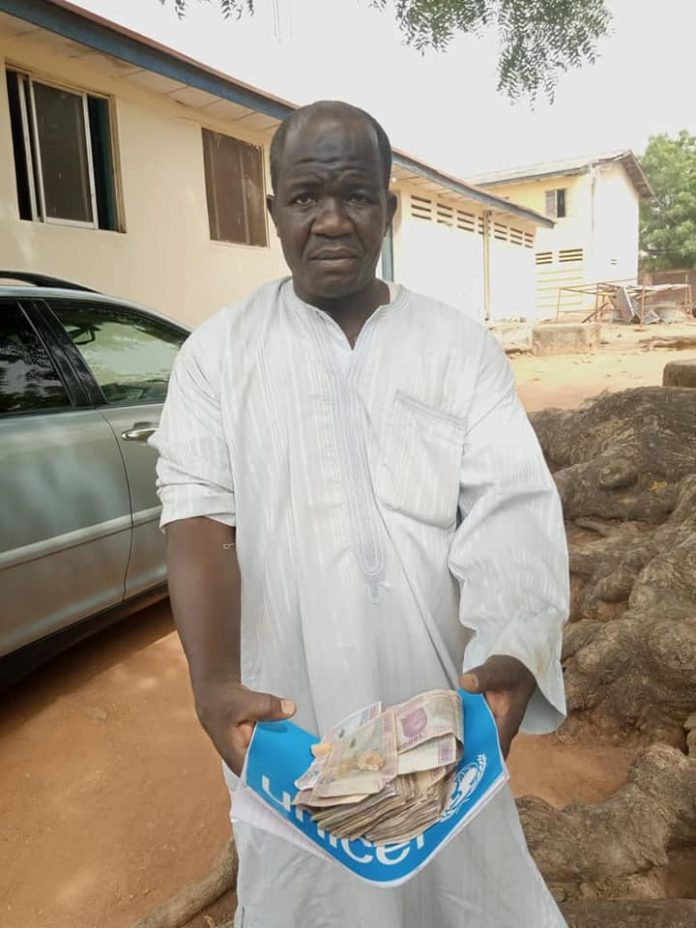 The Adamawa State Police Command has nabbed a notorious pickpocket and recovered one million, two hundred and ninty three (1,293,000CFA) and one Golf vehicle from him.

The suspect, Danjuma Muhammed, 49, was arrested on Thursday, March 18, by operatives of the Command attached to Mubi South Division along First Bank road, in Mubi south local government area of the state.

Spokesperson of the command, DSP Suleiman Yahaya Nguroje, who disclosed this in a statement on Friday March 19, said the suspect, a resident of Aderawo ward, Song local government, trailed his target, Buba Bello into a tricycle from First Bank and suddenly stole the recovered amount from his pockets with tricks.

“Investigation which led to his arrest equally reveals that the suspect has been stealing from people’s pockets especially those coming out of banks, cattle market and other business centres in and around Mubi.” Nguroje said.

It was gathered that the suspect has been committing similar offence since 2017 in places like Gombi, Song and Bank road in Yola North local governments.

Nguroje said the State Commissioner of Police, Aliyu Adamu Alhaji, commended men of Mubi South Division for reclaiming the public space and making it difficult for criminals of such to escape arrest.

The police boss has directed that the suspect be arraigned in court on completion of investigations and calls on people to always report any suspicious movement around their neighborhoods to police.

Ronaldo set new record it as Portugal defeats Ghana in a...