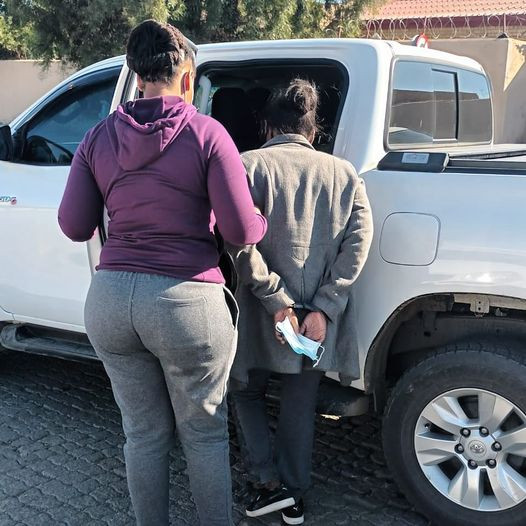 Police has arrested a 40-year-old woman accused of hiring hitmen to kill her husband in Northern Cape, South Africa.

Police spokesperson, Captain Olebogeng Tawana, who disclosed this in a statement on Sunday, May 15, said a joint operation executed by members of Provincial Organised Crime and Kimberley Crime Intelligence led to the arrest of the woman who allegedly conspired to have her husband murdered.

“The arrest was affected on Sunday, 15 May 2022 at the Indian Centre in Kimberley.

“Following a weeklong of intelligence gathering and surveillance, the team executed the arrest with the assistance of agents who posed as hitmen

“It’s alleged that woman wanted the hitmen to kidnap and kill her husband and promised to pay them a substantial amount of payment after the supposed hit.

“The woman was intercepted and arrested while negotiating with the hitmen

“She is expected to appear in the Kimberley Magistrate’s Court on Monday, 16 May 2022 on a charge of conspiracy to commit murder.”

‘Walk Like an Egyptian’ Highlights Positive Representations of Egyptians in Media