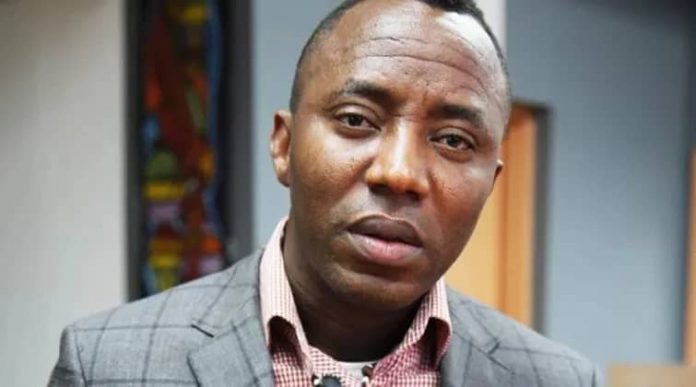 The publisher of Sahara Reporters, an online newspaper, Omoyele Sowore has been reportedly arrested by the police on Thursday, February 24, 2022, in Abuja.

This was disclosed via a statement signed by the National Publicity Secretary, African Action Congress, Femi Adeyeye, which Sowore ran under as a presidential candidate during the 2019 election.

The statement disclosed that Sowore was arrested “just after stepping out of the Court where the Chairman, party leaders and members had converged to witness the party’s case against Independent National Electoral Commission and usurpers.”

Sowore had reportedly filed an appeal against the ruling of the Federal High Court that declared Leonard Nzenwa the acting Chairman of the AAC.

Adeyeye added that the activist was taken to the former Special Anti Robbery Squad, infamously called “Abattoir”, noting that the officers did not give any reason for his arrest.

Adeyeye also stated that at the time of releasing the statement, Sowore was at the dreaded SARS unit called ‘Abattoir’ and men from that station were the ones who carried out the arrest.

“We are monitoring these events and we can assure all members that these re-occurring illegalities and attacks won’t be allowed to stand. Specific reason(s) for his arrest remain sketchy at this time,” Adeyeye added.

Censure motion: We didn’t make any findings against Ofori-Atta – KT...