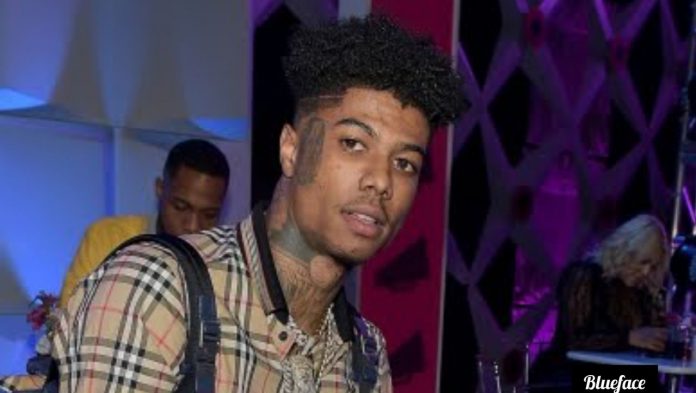 The Las Vegas Metropolitan Police, has confirmed that American Rapper, Blueface was arrested outside a business in Las Vegas.

The 25-year-old artist was arrested on “warrants for attempted murder with a deadly weapon and discharging a firearm at/into an occupied structure” relating to a shooting on October 8, 2022.

Meanwhile, a video of Blueface leaving Euphoric Gentlemen’s Club in Las Vegas before the shots made its way online.

The alleged victim says he recognized Blueface in the venue and had spoken “with him earlier in the night”, adding that he made a joke about the rapper before shots were fired.

“Words were exchanged and a black male adult in dark clothing aggressively approaches [the victim’s] truck reaching towards his waistband area. Documents also claim that Blueface “brandishes a handgun and discharges what appears to be two rounds at the vehicle.”

However, According to a statement issued by the Las Vegas Metropolitan Police, he would be booked into the Clark County Detention Center in Las Vegas.