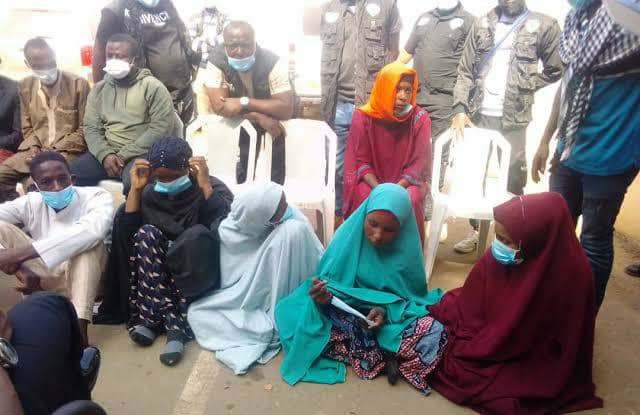 A 29-year-old fake female medical doctor identified as Rakiya Beida, popularly known as Dr. Amina Yusufu Ameh, an indigene of Okene in Kogi State who defrauds her unsuspecting victims with fake bank alerts has been arrested.

The fake doctor who claimed to be working at the National Hospital, Abuja is said to have dropped out in 200 levels, College of Medicine, at the Beyero University, Kano.

He said, “Operating under this pretense, Rakiya goes from state to state, hotel to hotel, from business premises duping people obtaining goods under false pretense and making payments with fake bank alerts.

“She has so perfected her act by developing and building confidence with people. She had a history of having committed this crime in Kwara and Plateau states and now Abuja.

“Investigations show that in Kwara, she obtained gold under same pretense, which took her to prison, briefly and came out and continued the same business.”

CP Mba explained that the lessons in this case are not to judge a book according to its cover but ascertain the content of the book.

He urged business owners to ensure confirmation of bank alert before parting with their goods, especially to customers unknown to them.

Speaking to newsmen, Rakiya said she was arrested because she was pretending to be a medical doctor.

“I go to shops, collect goods and make fake bank alert to them and walk away. Some give me the products and some don’t if they have not seen the alert.

Only one of seven COVID-19 cases are being detected in Africa...