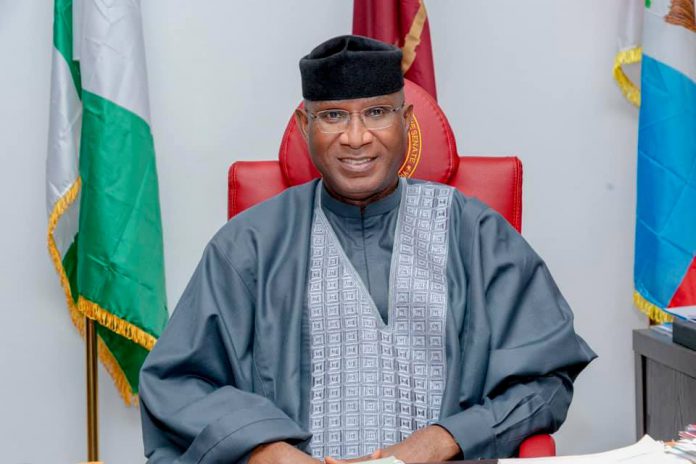 The Deputy President of the Senate, Senator Ovie Omo-Agege has said the Petroleum Industry Act would transform the nation’s oil and gas industry into a hub of business opportunities.

He explained that the law would also attract huge capital globally into the country’s oil sector, strengthen cost recovery and ensure decent returns on investment.

Senator Omo-Agege stated this on Thursday in Abuja when he hosted members of the Christian Association of Nigerian (CAN), led by its President, Rev. Dr Samson Ayokunle.

The Delta Central lawmaker said the Act would promote good governance in the oil and gas sector in line with international best practices.

“As lawmakers, we will continue to push for those policies that will create the enabling environment for businesses to thrive. We have done that with a couple of bills we have passed which Mr President has quickly signed into law. A good example is the Petroleum Industry Act (PIA). For the past 15 years, we have had the challenge of having the big majors bring in their investments to this country. Because the law had been in a fluid state and nobody wants to put his money where the legal regime is not stable.

“As a consequence of that, they have been going to other countries with the stable legal regime for their investments. With this, we are confident we are going to have a lot of foreign direct investments. And that will help boost the economy,” he said.

It would be recalled that President Muhammadu Buhari had on August 16, 2021, assented to the PIB after it was stuck in the National Assembly for more than a decade.

The Deputy President of the Senate also assured that the governing All Progressives Congress (APC) will continue to respect religious diversity in the country by not fielding a presidential ticket with two people of the same religion in the 2023 presidential election.

Omo-Agege charged other political parties to balance their presidential tickets among major faiths in Nigeria.

Responding to a call by the CAN President opposing all-Muslim, all-Christian presidential candidates and running mates in the next General Election, Senator Omo-Agege stressed that the APC has always been mindful of that in its choice of candidates for elective and appointive positions.

He buttressed his argument with the 2015 APC primaries where the party averted a Muslim/Muslim presidential ticket.

His words: ‘On the issue of balancing in the presidential tickets of political parties, it is commendable but while I am the Deputy President of the Senate, I am also of a political party extraction which is the All Progressives Congress (APC). What that means in effect is I am not in a position to influence the thinking of other parties. But at least within our own APC, that is a position we have always respected and I believe we will continue to respect. In all that we do, we take that into account that we have two major faiths.

“That will continue to be our guiding principle as we move to 2023 not just in identifying and picking presidential and vice-presidential candidates but also here in the National Assembly. But I will appreciate it if the same message is passed on to other political parties. For us, the message has been well received but it’s like you are preaching to the converted”.

While urging the Church to pray for leaders holding political offices at all times, the Deputy President of the Senate emphasised the need for religious bodies to use their platforms to enlighten Nigerians on the need to get vaccinated against Covid-19.

By doing so, he said they would not only be protecting themselves against the pandemic but also their loved ones and those around them.

He threw his weight behind compulsory COVID-19 vaccination, saying this is the only way to curtail the virus.

According to him, Nigeria is not the only country to adopt mandatory COVID-19 vaccination policies for their workforce, citing other jurisdictions like Canada, France and Italy to support his argument.

“Covid-19 is a public health issue. It is not an individual liberty issue. Because if options were to be given to people not to take the vaccine, to the extent that there will be no infection that will be okay. But you cannot say that you want your individual liberty protected by not being forced to take the vaccine while at the same time subjecting others to the possibility of picking up this very deadly virus. The challenge we have is that we still have a lot of people who are living in denial.

“It will help for the Church to help with this education that Covid-19 is real. And the vaccine is necessary. People should be forced to take the vaccine because I will feel very uncomfortable boarding a flight with somebody I am not sure has taken the vaccine. The Church should continue to promote this message for us,” he said.

Earlier, CAN President, Rev. Dr Samson Ayokunle cautioned politicians against heating up the polity with unguarded utterances, even as he called for synergy between the body and the National Assembly.

The cleric also kicked against the idea of Muslim-Muslim or Christian-Christian presidential candidates and running mates ahead of the 2023 presidential election.

“Concerning the 2023 elections, we would admonish you, politicians, not to heat the polity in any way as the campaigns are opened by guarding your utterances. There is already tension in the land because of insecurity.

“We equally want to urge you on Presidency that a balance of both religious practitioners be considered. We don’t want a Christian/Christian ticket nor a Muslim/Muslim ticket. We want a situation that would produce a pair of the two religions in other to douse religious tension. Though people say religion does not matter but in Nigeria and here in Africa, religion is part of our identity. To say that religion does not matter is to underrate what can tear the nation apart if it is not carefully handled,” he added.

Ayokunle also called on the government to create the enabling environment for investments to thrive, as he made a case for incentives, tax exemptions ‘to local manufacturers on some goods’.

We are taking measures to address our security challenges – President...