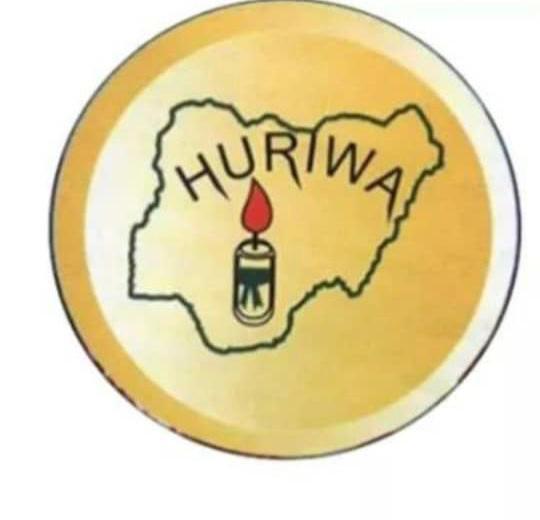 The Human Rights Writers Association of Nigeria (HURIWA) has said the disclosure by a respected erstwhile Assistant Director of the Department of State Services (DSS) Dennis Amachree that President Muhammadu Buhari discountenanced and neglected intelligence on the affiliation of Sheikh Ibrahim Ali Pantami to Taliban and Al-Quaeda before naming him into his cabinet has shown that Buhari has no respect for his constitutional oath of office.

Besides, the decision by the Federal Executive Council not to discuss the swirling controversy over the confession by the Minister of Communication and Digital economy that he once supported the teachings of Taliban and Al- Quaeda regarded as leaders of the global terror networks, is, to put it mildly, unconscionable, wicked, insensitive, and irrational just as the failure of President Muhammadu Buhari to sack the Communications Minister even after he confessed to having backed global terrorists that bombed the USA on September 11th, 2001, shows that the government has no agenda to end Islamic terrorism in Nigeria.

HURIWA in a media statement by the National Coordinator, Comrade Emmanuel Onwubiko, and the National Media Affairs Director Miss Zainab Yusuf, accused President Buhari of desecrating the Nigerian Constitution by undermining a strong intelligence against the nomination of someone who had previously held Public Opinions that are extremists and are in support of global Jihadist movement even as the Rights group specifically stated that Buhari had sworn to an oath to do the following:”…that I will not allow my personal interest to influence my official conduct or my official decisions; that I will to the best of my ability preserve, protect and defend the Constitution of the Federal Republic of Nigeria…”

HURIWA said the President by choosing to overlook such important leaks and well-grounded intelligence on Sheikh Isa Ali Ibrahim Pantami and proceeded to appoint him into a very strategic national office as minister of Communications and Digital economy is an unambiguous message that the Government abridged abinitio has a sinister motive and never intended to end the state of insecurity compounded by the attacks of armed Islamic terrorists and herdsmen.

The Rights group said a former Assistant Director with the Department of State Services, Dennis Amachree, had stated that the secret police informed the Federal Government and the National Assembly of the past radical pro-Taliban views of embattled Minister of Communications and Digital Economy, Isa Pantami before his confirmation as a minister in 2019. This came as the Federal Executive Council, FEC, said the alleged link of the minister with Al-Qaeda and Taliban some years ago was not discussed at its meeting yesterday.

He said: “There is no information that escapes the DSS. We have all of it, all. When I was working there, we keep a catalogue of anybody of interest that comes up to the limelight in this country. “During the vetting process for anybody to be appointed a minister or commissioner or anything, your name is sent to the DSS for vetting. They check your background up to the extent of your grandmother.

‘’They check your schools up to the extent of your primary school. And of course, they keep a tab on you online and offline. We get a lot from open-source intelligence and I can tell you that in Pantami’s case, we have it.

“But there is a political angle to it. When somebody is being appointed, if the security agencies see that there is something wrong with his name, they will send it to the appointing agency.

‘’The appointing agency will now decide amongst other variables either religious variable, federal character balancing variable, or political variable and say that, ‘Oh, yes, we know that this guy has this and that but let’s appoint him.

“So, the political decision is not taken by the SSS. Even when you go to the Senate for confirmation, there is party by party and you can see that there are some political candidates that the opposition party will say that this one will not be appointed but because he belongs to that party, they will appoint him.

‘’So, these are political and federal balancing where they will say that there is nobody from this place that has been appointed, so let’s appoint him.”

HURIWA said this is clear evidence that the government has no plans to stop the attacks by all kinds of violent criminals since he can tolerate a person who had professed love for mass killers and terrorists.

Relatedly, the Rights group said it is imperative that a judicial Commission of investigation is put in place to probe the remote and immediate circumstances that led to the killing in a suspected air crash of the only ever elected Christian governor of Kaduna State Mr. Patrick Yakowa.

HURIWA has also called for an investigation of the document in circulation which alleged that prior to the plane crash in which the then Kaduna State governor died, there was a meeting attended allegedly by the ten Sheikh Pantami, now Communication Minister, which plotted the assassination of Governor Patrick Yakowa.

The Rights group said the news report had stated that it was unclear whether the conclusion of the Muslim leaders was responsible for the helicopter crash that killed Mr. Yakowa, and the minister did not immediately return a request seeking comments from Peoples Gazette on Wednesday night.

Recalled that Mr. Yakowa was the first Christian governor of Kaduna, which is divided between Muslims and Christians, although with a mostly Muslim population.

HURIWA quoted the media as alleging that Sheikh Pantami chaired the July 13, 2010, meeting of Jama’atu Nasril Islam (JNI), a foremost Isla mic body led by Sultan of Sokoto Sa’ad Abubakar, where it was agreed that Mr. Yakowa and his family must allegedly be eliminated because he was a Christian leader leading a state in the Muslim-dominated North.

“We must either use the security or other means to eliminate the governor, his family, and all those they perceive as supporting him,” Mr. Pantami and other leaders said in their communique adopted at the meeting held at Bauchi Central Mosque.

The meeting complained that Mr. Yakowa was making moves to contest for governor in 2011 and he had the support of former President Goodluck Jonathan, a fellow Christian.
Mr. Yakowa became governor in 2010 when Mr. Jonathan tapped Namadi Sambo, then Kaduna governor, as his vice-president.

HURIWA said: “It is our considered view that this meeting in which Sheikh Pantami allegedly headed if it ever held amounts to treason and all those who attended it should be interrogated to ascertain the veracity of the communique and if true for the participants to face possible prosecution for high treason.”

“We know this is a tall order for a government with a federal Attorney General who has since 2015 deliberately failed to prosecute armed Fulani herdsmen. However, we believe that if the politicians running Nigeria do not wish to see the imminent end of Nigeria, then these evil plotters must be prosecuted and punished. Nigeria has become near-moribund, dysfunctional and toxic because the system rewards outlaws”.

Ruto mourns Prof Magoha as a towering giant in the academia

Arab leaders meet in Algeria for 1st League Summit in 3...