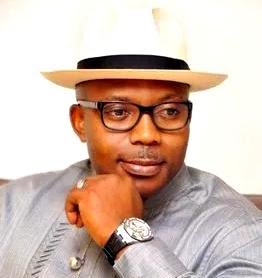 The Member Representing Bomadi/Patani Federal Constituency, Hon Nicholas Mutu has described as laughable the story of an online medium (Premium Times) which described him as a serial lawbreaker this is as he declared that he has never broken any law and would never break any laws.

Mutu pointed out that the online medium should rather wake up and smell the coffee as according to him a Nigerian Legislator who is not a presiding officer is allowed under the Nigerian Law to be a Director of a company.

His words: “The law allows a member of the House of Representatives to be a Director of a company as we are not pensionable, it is only the Presiding officers, like the Speaker or his Deputy that are not allowed to a Directors of a company.

Mutu noted that the story is the handiwork of his political opponents noting that he cannot be distracted knowing fully well that he has not breached the laws of the land.

Reacting to the allegations of fraud and the case with the Economic and Financial Crimes Commission (EFCC) Mutu stated that the case is before the courts and as such is sub-judiced and should not be commented on.

Kibicho urges Kenyans not to crowd at polling stations after voting