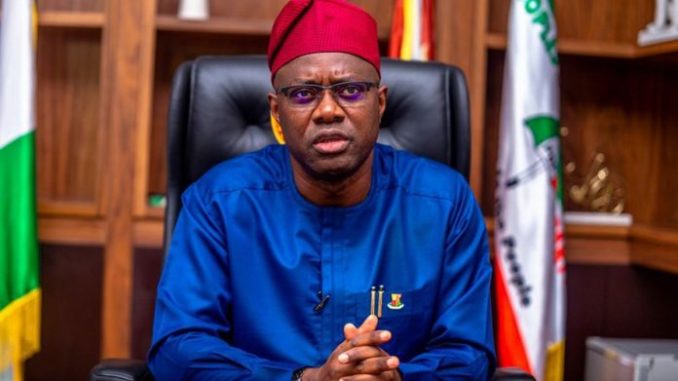 Oyo state governor, Seyi Makinde, has vowed that his government will retrieve between N12 and N15 billion allegedly looted by some chieftains of the All Progressives Congress (APC) from the state.

The governor stated this while speaking on Splash FM 105.5 programme in Ibadan, Saturday, claiming that APC chieftains used a certain company to siphon the said money.

He stated that there would be no place to hide for looters of Oyo state’s funds, affirming that his government is on the track of the APC chieftains and he would go after them and retrieve the looted funds for the people of the state.

“When we came in, we discovered they finished spending the money within one year. They stole the money and I know those behind the stealing and I am also after them right now. There is a company called Chinese Global. They said they are Chinese people, but we know the people behind it. The company has been shut down as we speak.

“I asked the General Manager in charge of OYSROMA and said, look, your budget is N44 million every month and, in a year, it is less than N500 million. Did you employ new people? He said no. Did you give out contracts? He said no. But how were you able to spend about N7 billion in eleven months without employing new people? He said the company supplied asphalt.

“And I said if the company did, was the asphalt used to repair roads without employing new people and giving out contracts? He said the money was moved from OYSROMA to Chinese Global and two other companies without any supply from the companies.

“This is a promise I made and I am not saying it outside of what I have discussed directly with the people involved. Oyo state’s money will come back. Those who stole the money are the members of the APC who were in the government then.

“But as soon as former Governor Abiola Ajimobi passed on, they reneged on all those projects. And I said, fine, for me, as long as you have Oyo state money with you, I will get it back and I am still saying it again that I will get back the money for our state.

“The money is in excess of N12 billion to N15 billion. Those who stole it are not Chinese but from Oyo state. We know them, and very soon, wherever they have investment or property in the world, I will go after them and collect this money for our state.”