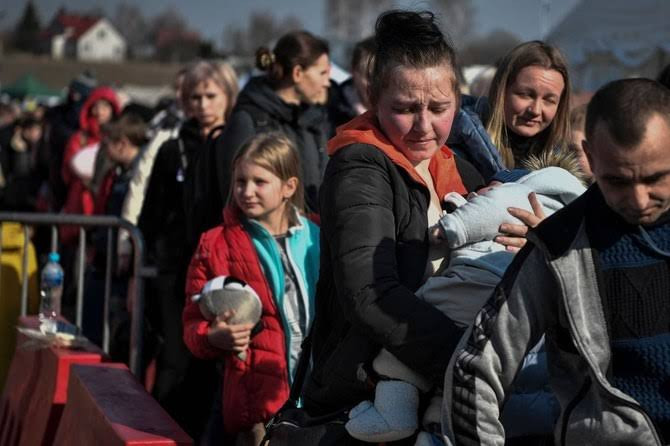 According to the United Nations, over 7.1 million people are estimated to have been internally displaced by Russia’s war in Ukraine, as they have fled their homes but remained in the country,

It was gathered that more than 4.2 million Ukrainians have left the country entirely since the war began.

The new figure issued by the UN’s International Organization for Migration is up from the 6.48 million internally displaced persons (IDPs) estimated in a first study by the IOM on March 16.

“People continue to flee their homes because of war, and the humanitarian needs on the ground continue to soar,” IOM director general Antonio Vitorino stated.

“Humanitarian corridors are urgently needed to allow the safe evacuation of civilians and ensure the safe transportation and delivery of much-needed humanitarian aid in order to rapidly assist those internally displaced.”

BOTECH students in fear of exams failure after school closure

Man beats Wife to death after argument over Pap