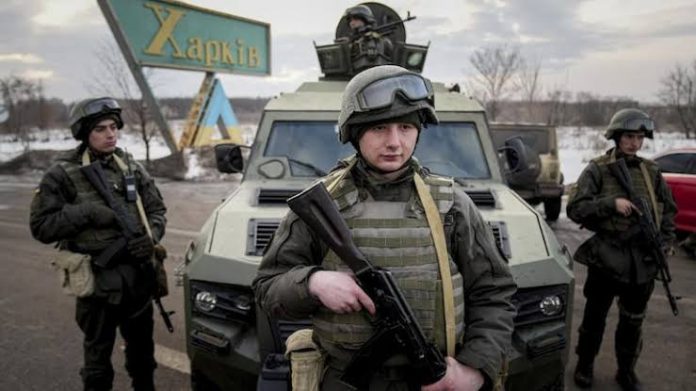 Ukraine has revealed that over 3,500 Russian soldiers have been killed so far while 200 taken as prisoners

According to the Ukrainian military, Russian soldiers have suffered more than expected casualties after invading the East European country.

The Ukrainian military published what they claim is a breakout of Russia’s losses.

The Ukranian Ministry of Defence added that Russia has also lost 14 aircraft, 8 helicopters, and 102 tanks so far.

The Russian Ministry of Defence has so far not acknowledged any casualties but reports claim president Vladimir Putin is angry with the turnout of the war so far and has ordered a full onslaught of his military troops on Ukraine …. Unconfirmed reports also claim he sacked one of his military generals due to the high losses Russia has incurred the last 3 days.

Meanwhile Ukraine’s military is asking people to remove the names of streets, cities and villages from road signs in their regions in order to ‘confuse and disorient the enemy’.

In a tweet, the Ukrainian Ministry of Defence said: ‘We will do everything possible to clear Ukraine of the Russian occupier as soon as possible!’.

People who falsely accuse others of sexual assault should face harsher...