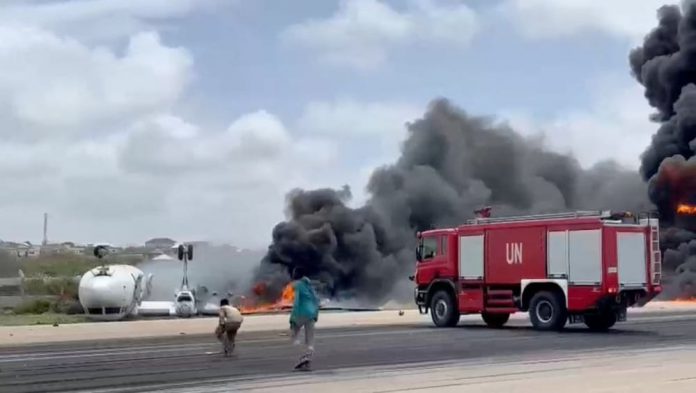 A passenger plane has reportedly crash-landed at an airport in Somalia on Monday, July with more than 30 people surviving the accident.

It was gathered that no death as recorded as all passengers were rescued.

A video from the scene showed the plane upside down after flipping over immediately it landed.

Fire trucks and firefighters were immediately deployed to the scene.

14 envoys urge leaders to work together after Tuesday poll to...