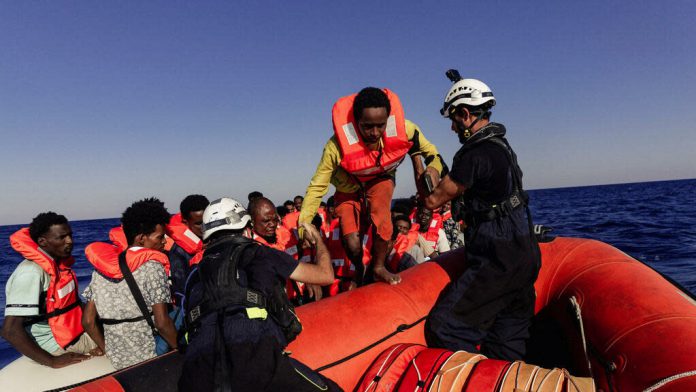 Italian authorities stated that over 1000 immigrants arrived in Italy within the last few hours yesterday.

It was gathered that over 600 people attempting to cross the Mediterranean on board a drifting fishing vessel were rescued on Saturday by a merchant vessel and coastguards off Calabria, at the southern tip of Italy.

It was reported that five bodies of immigrants who died in undetermined circumstances were also recovered.

On the island of Lampedusa, some 522 people from Afghanistan, Pakistan, Sudan, Ethiopia and Somalia, among others, arrived from the late hours of Saturday in 15 different boats from Tunisia and Libya.

OceanViking, an NGO SOS Mediterranean, revealed that it had recovered 87 people, including 57 unaccompanied minors, who were crammed onto “an overcrowded inflatable boat in distress in international waters off Libya”.

Three Businesses Bag €1,000 Fines In Italy For Not Wearing Masks

My Husband married me for Sex and Chores, Woman tells Lagos...